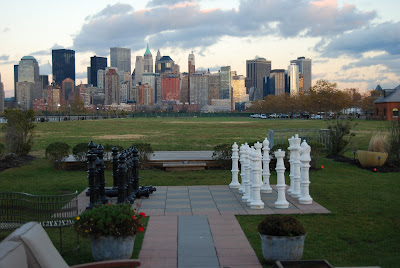 
To get access to Anderson's paper, (i) get a password from your employer or librarian (if, that is, your employer or librarian had the wisdom, prescience, and good sense to purchase a group subscription to Law, Probability and Risk), (ii) ask Terence Anderson of the University of Miami School of Law for a preprint, (iii) wait until the hard copy of Law, Probability and Risk's special issue on evidence visualization in legal settings arrives in your library late this month (November 2007) or early next month (December 2007), or (iv) access Anderson's paper by going to WESTLAW ca. in or after the month of November, 2008. To see a draft of Anderson's original conference paper, go here.

As you might have inferred by reading the frequent posts on this blog about visualization, I think it is more probable than not that evidence visualization may be a next big thing -- a big development -- in theorizing about the workings of evidence and inference in legal settings such as trials and in pretrial and in prelitigation investigation.
I do not say that visualization of evidential inference is the next big thing -- because (I predict) it will soon become apparent -- it is already becoming apparent -- that work on evidential inference has profound implications for law in general and and for general theorizing about law. And growing awareness of this development will also prove to be a big next thing in legal theory -- unless, of course, the economists manage to convince a too-compliant legal audience that problems of inference are nothing more than problems of preference and choice, which I pray will not happen.


In the long run advances in inference technologies and strategies in other fields should ensure that lawyers ( even academic lawyers :-) ) will resist the seductions of economic theory and will continue to pay close attention to the structure of inference. (May I say this: (i) no one ever promised evidence theorists a rose garden; (ii) inference is not an easy nut to crack; and (iii) evidential inference is probably every bit as hard to understand as the human brain [and how could it be otherwise?]. But these facts are no justification for taking the easy way out -- for refusing to struggle with the question of the nature -- or natures -- of inference.)

Posted by Unknown at 6:24 AM No comments: