Right of Confrontation in China?


According to English-language CCTV and other media, a recorded videotape of Bo Xilai's spouse Gu Kailai was admitted against Bo Xilai in his criminal trial for corruption and other charges. Should I assume that the PRC does not recognize (even on paper) a right of confrontation that resembles the current form of the Confrontation Right in the United States?

Posted by Unknown at 9:28 AM No comments:

Email ThisBlogThis!Share to TwitterShare to FacebookShare to Pinterest
Labels: Bo Xilai, right of confrontation in China

I wonder if debates about (liberal or left-wing) "judicial activism" are being replayed in Brazil.

Posted by Unknown at 8:34 AM No comments:

Does Thomas Nagel Say Anything about "Evidence"?

Does Thomas Nagel's recent theorizing about "materialism" (see below for the link to his summary) say anything about the nature of evidence? I believe it does. Cf. Part III of P. Tillers, Are There Universal Principles or Forms of Evidential Inference?

Nagel's introduction to his summary:

This is a brief statement of positions defended more fully in my book “Mind and Cosmos: Why the Materialist Neo-Darwinian Conception of Nature Is Almost Certainly False,” which was published by Oxford University Press last year. Since then the book has attracted a good deal of critical attention, which is not surprising, given the entrenchment of the world view that it attacks. It seemed useful to offer a short summary of the central argument. 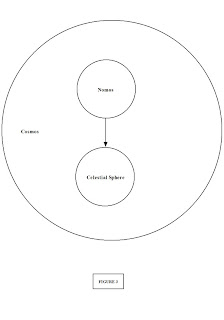 Posted by Unknown at 7:46 PM No comments: