Accident or Non-Accident? A Dummy May Tell

Two (former) wives of a philandering pastor died "accidentally." The second wife died in 2008 in an automobile crash that may or may not have been an accident.


The first wife was found dead in 1999 at bottom of the basement steps in her home. At the time the coroner did not decide whether this second death was an accident or a homicide.

After the pastor -- Schirmer -- was charged with the murder of his second wife -- the prosecutors claim that Mr. Schirmer staged the 2008 automobile "accident" --, prosecutors in Lebanon County, Pennsylvania, re-examined the death of the first wife, Jewel Schirmer.  Jewel's "body [had been found] in a pool of blood at the bottom of the basement steps" and "she had suffered a fractured skull as well as injuries to her face, body, arms and legs."

[Government?] [i]nvestigators hired a biomechanical engineering firm to recreate Jewel Schirmer’s supposed fall down the stairs. The firm used a test dummy fitted with various instruments to collect data on the forces to which her tumbling body would have been subjected.

"We found the ’crash dummy’ evidence to be particularly compelling, as it indicated to us that Jewel could not have suffered all of her injuries by accidentally falling down a flight of stairs," the grand jury wrote.

"We find it particularly disturbing and difficult to believe that both of A.B. Schirmer’s wives could have suffered such horrific injuries by accident. To the contrary, we believe probable cause exists to believe that neither woman died from an accident," the report said.

Evidence marshaling software MarshalPlan
Posted by Unknown at 8:24 AM No comments:

Email ThisBlogThis!Share to TwitterShare to FacebookShare to Pinterest
Labels: death by philandering pastor syndrome, doctrine of chances?, use of dummy to simulate death

The Popularity of the Problem of Drawing Inferences about a Tree

What you make of the fact that one of my most popular posts ever is my post Drawing Inferences about a Tree (August 8, 2010)? 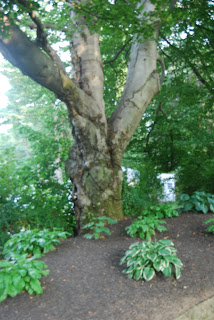 Did I miss my true calling?

N.B. Perhaps the post attracts attention because of the nice image of a leaf (from the tree in question) that I put in the post? 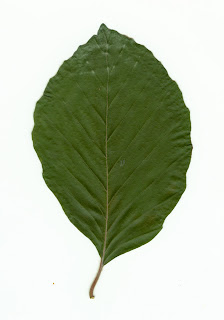 P.S. I highly recommend the book I consulted. 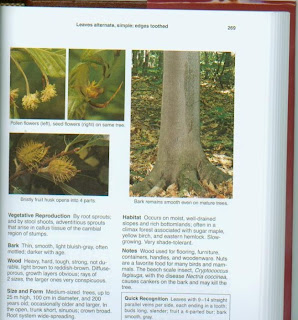 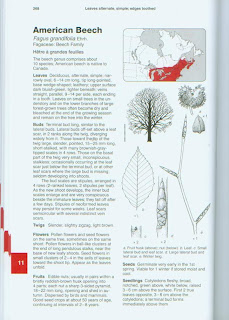 Email ThisBlogThis!Share to TwitterShare to FacebookShare to Pinterest
Labels: inferences about trees versus inferences in law

In a post today on the BISC [Berkeley Initiative in Soft Computing] discussion list, Lotfi Zadeh addressed the question, "What is Bayesianism?" Professor Zadeh wrote:

Dear members of the BISC Group:

Bayesianism has been an object of discussion in the past. The issue is sufficiently important to warrant a  revisit. In recent years, Bayesianism has been growing in popularity and visibility. Outside of the probability community, there are many misconceptions about Bayesianism. In many cases,  Bayesian X merely means that probability theory is used in X. Within the probability community, Bayesianism has a much narrower meaning. In this perspective, Bayesian networks is a misnomer. Bayesian networks are simply probabilistic networks. Note that there are possibilistic networks.    So what is Bayesianism? The answer is rooted in the difference between can and should. Let me elaborate on this statement. Traditionally, probability theory has been associated with randomness and repeated events. Example. What is the probability that a fair coin will fall heads m times in n tosses? However, consider the statement, p: It is likely that Robert is rich. In this case, no repetition of trials is involved and there is no overt randomness. What is involved in this case is lack of knowledge. This simple example suggests that probability theory can be applied when there is uncertainty, but no repetition of trials and no overt randomness. This is the principal tenet of Bayesianism. So far there is nothing that is controversial. A problem arises when "can" is replaced with "should," as in the following dictum of a noted Bayesian, Professor E. Lindley.
The only satisfactory description of uncertainty is probability. By this I mean that every uncertainty statement must be in the form of a probability; that several uncertainties must be combined using the rules of probability; and that the calculus of probabilities is adequate to handle all situations involving uncertainty…probability is the only sensible description of uncertainty and is adequate for all problems involving uncertainty. All other methods are inadequate…anything that can be done with fuzzy logic, belief functions, upper and lower probabilities, or any other alternative to probability can better be done with probability (Lindley 1987).
Professor Lindley's dictum is challenged by fuzzy logic. In the perspective of fuzzy logic there are many different kinds of  uncertainty. The Bayesian "One size fits all" approach is misdirected. This view is the point of departure in my 2002, 2005 and 2006 papers. Here are two deceptively simple problems which are a challenge to Bayesians. The second problem is less simple than the first. A box contains twenty balls of various sizes. Most are large. How many are small? A box contains approximately twenty balls of various sizes. There are many more large balls than small balls. What is the number of small balls? Note that interval interpretation of fuzzy terms is not acceptable. Comments are welcome.                                 Regards,                                Lotfi

Posted by Unknown at 9:59 PM No comments: