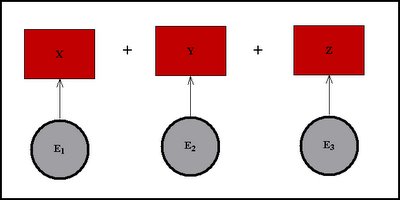 I blogged about the Steven Avery cases just a little while ago: When Chances Collide; DNA & "Exoneration"; Suggestibility & Gullibility

Now I have a bit of additional information and one or two new random thoughts.


DNA evidence, which freed Steven Avery after he spent 18 years in prison for a rape he didn't commit, will now be used to charge him with a crime that could return him to prison for the rest of his life.


Friday's announcement that Avery will be charged with killing Teresa Halbach also means Avery will likely become the first person in the nation charged with a homicide after being exonerated by DNA.

Halbach's vehicle, spattered with blood, was found a week ago in the Manitowoc County auto salvage yard owned by Avery's family. On Friday, authorities said tests confirmed that Avery's DNA was in the vehicle and on the ignition key, which was found hidden in Avery's home on the property.


Avery, 43, became the marquee case for the Wisconsin Innocence Project two years ago when the University of Wisconsin Law School program proved with DNA evidence that he did not commit a 1985 sexual assault in Manitowoc County.


Investigators say Halbach was last seen the afternoon of Oct. 31 when she visited Avery's home to take a photo for Auto Trader of a vehicle he was selling. ...


Asked about Halbach by the Journal Sentinel on Monday, Avery said she was "not my type" because he liked women who weren't as slim.


Calumet County District Attorney Ken Kratz, the special prosecutor in the Halbach case [because of Avery's lawsuit against Manitowoc County for wrongful imprisonment on the 20 year-old rape case], said he believes [Halbach] was killed the same day that she visited Avery's home, a trailer that is adjacent to the family's auto salvage yard. ...
. ... [I]nvestigators said in obtaining search warrants that they believed Halbach was sexually assaulted.


The investigators searched the auto salvage yard, Avery's trailer, a garage and other parts of the sprawling family property. Court records show they found what appeared to be blood on Avery's home, in his bathroom, in the garage and on "a number" of vehicles in the salvage yard.


The records also show that the searchers found, on unspecified parts of the property, remains of a woman, remnants of clothing and what appeared to be a cell phone and camera, all of which had been burned, as well as handcuffs, leg irons, sexual devices and pornographic materials.


Avery's mother, Dolores Avery, maintained that her son is innocent.


"I don't know why the hell they do that stuff," she said of the plan to charge Avery with killing Halbach. "They must like wrecking people's lives."


Sheriff's Department records show that shortly after a woman was sexually assaulted on a beach in July 1985, Manitowoc police raised Gregory Allen as a potential suspect. It was Allen's DNA that was found in 2003 in testing of evidence found on the victim.


Findley, of the Wisconsin Innocence Project, said Avery's being charged with Halbach's killing, while tragic, does not change the fact that a judge declared him innocent of the sexual assault. ...

Gregory Allen's DNA was found on the 1985 rape victim. In 1985 Allen, who was later imprisoned for sexual offenses against other women, lived in the same area that Steven Avery did. I wonder if Allen and Avery knew each other. If so, I wonder if they spent time together. If so, I wonder ....
Gregory Allen was not tried for the 1985 rape of Penny Beerntsen because, a prosecutor said, Ms. Beernsten did not want to press charges against Allen. In 2003, when Avery was released from prison, Allen was still in imprisoned; he had been sentenced to prison for 60 years for sex crimes against other women. I wonder if Allen and Avery met while they were both imprisoned in Wisconsin.

I greatly admire the work of the various Innocence Projects around the country. What troubles me is the occasional proclivity of participants in such Projects to assert that the DNA evidence they have unearthed conclusively establishes the innocence of the clients that they say they have "exonerated." This is dangerously hyperbolic talk -- and this sort of hyperbolic talk has the ability to bite back.