"BOSTON — Harvard announced Thursday that it would indefinitely suspend construction on a high-tech science complex in the Allston neighborhood of Boston because of money problems." Abby Goodnough, NYTimes (Dec. 10, 2009)

(Alleged) Destruction of the Fabled Ancient Library of Alexandria

What Does the Rule of Law Mean in New Jersey? (It Means that Ms. Lopez Gets to Keep Her Public Office.)

As I understand it, according to New Jersey law, Jersey City Councilwoman Nidia Lopez can be a council member of Jersey City only if she was a resident of Jersey City when she was elected (and was a resident for some time before that). At the time Ms. Lopez was elected she had claimed Florida as her domicile and had thereby avoided paying taxes on her self-declared homestead there. In addition, she had not paid New Jersey income taxes (or business taxes) for some years. (Florida has no income taxes.) On her federal income tax return Ms. Lopez had declared that Florida was her residence. Nonetheless, an esteemed New Jersey trial judge ruled that Ms. Lopez was a resident of New Jersey. I guess the eminent trial judge peered into Ms. Lopez's soul and saw that no matter what Ms. Lopez might have said and done, New Jersey was, in Ms. Lopez's inner heart, her real residence, that that's where she intended to reside. You cynics you! Behold! Here you see a judge with ... er ... uh ... ah ... oh yes ... courage, no?

In the meantime Jersey City is governed by the Hon. Jerramiah Healy, Public Official 1 or 4 (so identified in indictments and criminal complaints), that fervent admirer of the presumption of innocence (for his appointed and indicted deputy mayor and former treasurer of his election campaign, in any event). Mr. Healy of course had utterly no idea that the fake bribes his deputy mayor took from the remarkable Mr. Solomon Dwek for the mayor's election campaign committee were illegal (even though Mr. Mayor was present on two occasions when Mr. Dwek offered the money to the deputy mayor in exchange for some help with a fake real estate development).

Oh yes, the indicted president of the Jersey City council also remains in office -- and votes on real estate tax abatement proposals for major developers and on other such unimportant matters. That's heartening too -- for it shows that he too believes in the presumption of innocence.

Well, let's see. I wonder how many unindicted Jersey City council members are left. One, two, ....

Mr. Putin should come to New Jersey and see how the rule of law works. He would find much to emulate here.

Psychologist Lenore Terr, a defender of repressed memory therapy, argues that repression occurs for repeated or multiple traumas, such as a repeatedly abused child. Schacter notes that "hundreds of studies have shown that repetition of information leads to improved memory, not loss of memory, for that information." He also notes that people who have experienced repeated traumas in war, even children, generally remember their experiences. A person who suffers a great trauma often finds that she cannot get the event out of her mind or dreams. Terr's theory is that the child becomes practiced at repression to banish the awful events from awareness, and forgetting might aid in the child's survival. Her dissociative theory, however, is based on speculation rather than scientific evidence.

What is the latest law on the admissibility of repressed & recovered memory? Is there any genuine distinction between -- one the one hand -- standard(?) "memory recovery" and -- on the other hand -- the use of devices such as guided imagery (as it's sometimes called) or hypnosis to reawaken lost or suppressed memories?

Posted by Unknown at 1:40 PM No comments: 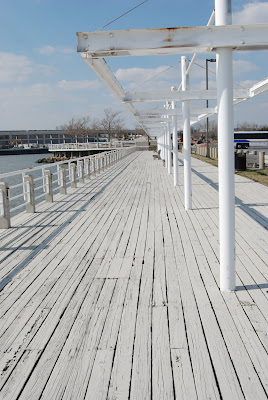 The NYTimes apparently thinks that Cardinal Egan's own words condemn him.

But what if what cardinal Egan said was true?

P.S. I am against sexual predators. However, I do not favor the idea that every accuser of a priest should be believed -- and paid off. (Yes, Virginia, there are some liars out there.)

Posted by Unknown at 1:05 AM No comments:

Something's in the Offing, Is It? 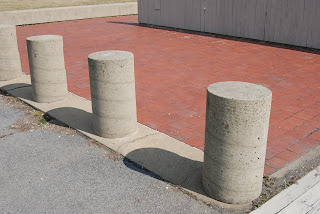 Some passages are too delicious not to quote (do you catch my meaning?):

There are obvious difficulties with presenting the arguments in the original works of Derrida or Lacan, or Baudrillard. They do not write in any natural language, they do not put the premises before the conclusion, the conclusion is distributed over the text rather than appearing in any one sentence, positions are assumed to have been established outside the texts one is actually reading, in previous texts, or perhaps future ones, and so on.

For some unknown reason, Franklin's comments about postmodern folk put me in mind of a different kind of strange philosophy -- J.L. Austin's. Austin's "ordinary language" philosophy is still thought of as having been a respectable sort of thing. But some of Austin's extraordinary ordinary language can make one wonder why:

Sometimes I'm quite glad I decided to become a law professor rather than a modern (or, worse yet, postmodern) philosopher.