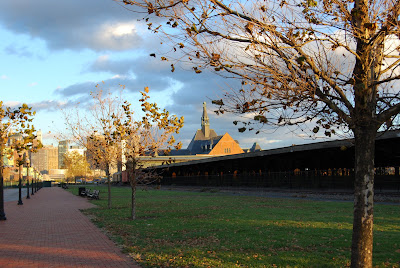 Due to research and writing commitments and plans, I am going to suspend this blog for a while. In the meantime I may - or I may not - post material of a more personal nature on the blog Prime Thoughts. If I do post material there, I will probably do so only infrequently.

I hope to see you (so to speak) later! 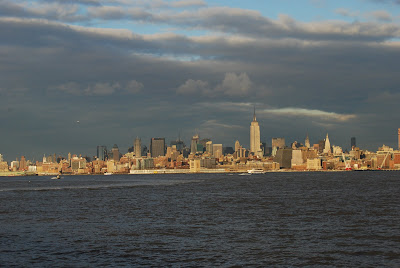 What Do Crutches for Thinking about Evidence Have to Say about the Nature of (Wo)Man?

A fragment from the concluding passage of P. Tillers, "Are There Universal Principles or Forms of Evidential Inference? Of Inference Networks and Onto-Epistemology" (extensive footnotes omitted), in J. Jackson, M. Langer & P. Tillers, eds., Crime, Procedure, and Evidence in a Comparative and International Context (Hart Publishing, forthcoming 2008):

A Rebirth of Aristotelian Epistemology and Ontology?

The root of these ‘exceptions’ to NAGs [network- and- generalisation models of evidential inference] (and of other ‘exceptions’ that remain to be identified) is a fundamental onto-epistemological premise or hypothesis. This hypothesis begins with a firm denial that rational inference involves only explicit logic. Although human inference is a rational and logical activity, human inference – ie the inferential activity of the human organism – involves not just (let alone only, or even mainly) explicit ratiocinative processes. Inference is one of the activities of a sentient human organism. (The same is true of non-human organisms.) The human organism, though sentient, is ‘rational’ to its core: Logic – a complex logic or a set of logics – is embedded in the human organism and regulates its activities. It is true that many (and probably most) indwelling human logics are still poorly understood. But however imperfectly we understand the subconscious logics within us, there is good reason to think that such logics are nevertheless ‘there’ – that a variety of indwelling logics are at work in the human organism. The bottom line is that although it is true that human beings are inferential reasoners, much human inferential reasoning – a vast amount of it – is hidden from human sight.

Since the dawn of modern artificial intelligence – and even before – man (a/k/a his mind, a/k/a his brain, a/k/a his neural system, a/k/a woman, etc., etc.) has been analogized to a mechanical computer. This analogy (which is often taken very seriously) amounts to an ontological-epistemological revolution; it amounts to a rejection of the dichotomy between mind and body, thought and matter, and it restores, in modern guise, the Aristotelian notion of organism. To think in terms of organisms is to think in terms of purposes and functions.

The emerging reversion to an Aristotelian ontology is, in my view, a lovely revolution; this ‘new’ – but ancient – way of thinking about man tends in the right direction. However, the contemporary turn in fields such as AI towards functional and teleological accounts of man frequently suffers from a serious defect. The ruling image, model, or analogy of man (or human mind) as computer does not always sufficiently stress that the ‘human computer’ is a developing computational creature.

What sort of evolution does the human inferential computer undergo? Common sense, the presuppositions of the study of evidence and inference in legal settings, and a great deal else (eg, thermostats) suggest or suppose that it is possible, here and there, for tacit human inference – or, if you prefer, inference simpliciter – to emerge into the light, to become explicit. Such considerations and such examples of the victories of relatively complete explicit ratiocination (i.e., examples of a fairly high degree of inferential automation) suggest, more broadly, that the human organism has some capacity (the full extent of which is as yet necessarily undetermined) to force at least some its tacit, or subconscious, logical processes into the light of consciousness and to make previously tacit inference explicit or, in any event, to make relatively tacit inferences more explicit and thus more subject to some explicit logical analysis and argument. This latter function is, in my view, frequently (but not always) precisely the central function of mental crutches and representations such as NAGs. (Sometimes – but only sometimes – inbred human logics will manage to emerge from the human animal and escape from the clutches of their creator. See Isaac Asimov, I, Robot (1950). Less dramatically, consider once again the lowly thermostat – or the flying drones now used by the military for surveillance and even for combat operations.)

On this view of things – on my neo-Aristotelian view of the general relationship between the logic(s) in (wo)man and (wo)man's explicit ratiocination about the world (including him- or herself) – an important function of explicit reflection, analysis, argument, and reason is to have the human organism wrest out of itself and its encounters with the ‘world’ (including its encounters with itself) some principles and logics (forms of reasoning) that the organism can hold consciously in mind or, in any event, that can be recorded and stored elsewhere, by means of marks made in the world, as in readable computer scripts and programs. The aim of such explicit expression and formulation is in part to enable the organism to facilitate and, perhaps paradoxically, improve the workings of at least some of the logics that dwell – hitherto unseen – in the human organism (and in its environment).

When such victories of explicit ratiocination (either victories that facilitate inference or those that automate inference) are achieved, they ought to be celebrated. And whenever possible, the human organism should use its emergent logic to improve its immanent logic. But on my view of things, humility about human inferential capacity – humility, that is, about the power of explicit inferential calculation – has the status of a virtual first principle. It must not be forgotten that many or most of the logical operations of the human organism remain hidden from the human organism’s sight and comprehension. In many situations, therefore, (unless we share the wild-eyed – but seductive! – optimism of a Marvin Minsky) the only reasonable expectation we can have of deliberation about evidence is that such deliberation will bring some shards of our indwelling logical processes to light. But we should remain alert (i) to the possibility that sometimes we will just have to trust our unanalyzed hunches and (ii) to the perverse possibility that it is not always the case that explicit analysis of evidence will improve our inferential performance.

Posted by Unknown at 5:35 PM No comments:

How to Make Time Lines Useful?

The basic notion of a time line is simple: arrange possible events in their possible chronological order. But it is often hard to construct time lines that are useful. Time lines can generate noise rather than enlightenment.

I just noticed that LEXIS now offers law students free access to CaseMap's tool for developing time lines. See LEXIS blurb about CaseMap. This is an interesting development. Time lines are important both for investigation and for many trials.
Posted by Unknown at 4:21 PM No comments:

Lay Participation in Criminal Trials in Japan Draws Nigh

The injection of lay participation -- in the form of "assessors" -- into criminal trials in Japan draws nigh; this law reform goes into effect in 2009. The text of the 2004 act -- Act Concerning Participation of Lay Assessors in Criminal Trials (Lay Assessor Act) (Law No. 63 of 2004) -- is available here
Posted by Unknown at 3:51 PM No comments: