The British Academy is hosting an interdiscplinary conference on

Co-Sponsors: The Leverhulme Trust/ESRC funded research programmes on 'The Nature of Evidence' at UCL and LSE

Posted by Unknown at 4:00 PM No comments:

Can a criminal gang be an "organization" for purposes of Federal Rule of Evidence 406; if so, can such an organization have a "routine practice" for purposes of that Rule; and, if so, can evidence of such a routine practice of such an organization be admitted in a criminal trial of a member of such a gang to show the member's action on a particular occasion -- to show, e.g., that the gang member shot a gun on a particular occasion?

I was reminded of this question by a story in the Independent exploring the possibility that a killing now much in the news in the UK occurred as a result of a gang ritual, an initiation ceremony. See "On the street, the word is that Rhys was shot in gang's 'initiation ritual'," Independent (August 26, 2007):

Police were yesterday investigating the theory that Rhys Jones, the 11-year-old boy shot dead on Wednesday, may have been the victim of an initiation or blooding ritual where rival gangs fire guns across each other's territory in lethal shows of strength.

Like many of the self-styled gangs in towns and cities around the UK, the Nogzy and the Crocky have a presence on the internet site YouTube, using videos to show off their collections of guns, vicious dogs and their ability to race and wreck stolen cars. One film begins with a shot of the street sign, identifying the gang's turf, then moves to show a teenager brandishing a heavy weapon, sawn-off shotgun and a quantity of ammunition. Police confirm that some of the weapons they have recovered in raids are those that have been featured in the videos.

With little to look forward to, it seems that some teenagers feel that supremacy, respect and reputation are worth fighting and dying for. In Manchester, the Benchill Man Dem gang is prominent. Ryan Florence, the teenager who pretended to shoot Tory leader David Cameron during a visit to a Manchester council estate, is part of this. He and his gang dress identically in hooded black designer clothes or imitation labels, and carry guns and knives without any fear of police action.

In Brixton, south London, one can see the initials PDC scribbled on walls, underpasses and on the side of houses. PDC stands for Poverty Driven Children, one of London's most notorious gangs. Hailing from Brixton, they are considered enemies of another gang known as the Gypset. Both consider Brixton "their territory".

The capital's current teenage gang hotspot is Peckham in south London, however, where two rival gangs have fuelled a surge in violence. The most notorious is the Peckham Boys. Some of the group's members were involved in the murder of Damilola Taylor in 2000.

There have been suggestions that the recent "execution-style" killings of three young people (and the nonfatal shooting of another young person) in Newark may have been done as part of a gang initiation ritual. But public officials in New Jersey have been studiously deflecting suggestions that the Newark killings had anything to do with gangs -- even though substantial evidence has apparently surfaced that one or more of the four alleged killers had some connection with or admiration for the gang MS-13. This effort to avoid linking the killings to gang activity may be motivated in part by a desire to keep social peace; New Jersey officials must be worried that widespread belief in a connection between the killings and MS-13 might help to poison relations among ethnic groups in Newark.

Gang cases and the evidentiary issues they present have intrigued me for some time -- because these cases put flesh on what might otherwise seem to be arid intellectual disputes about the inferential validity and normative propriety of of the use of group-to-individual inferences in legal settings such as criminal trials.

At a campaign forum in early June Hillary Clinton expressed gratitude to the "prayer warriors" who, she said, got her though a difficult time. See, e.g., New York Times online (June 4, 2007).

I had not heard the phrase "prayer warriors" before Clinton used it. A bit of investigation shows that it is used in some religious circles.

Clinton's use of the phrase "prayer warriors" makes me uncomfortable. First, I did not have the impression that people who pray are engaged in war.

Second, Clinton's statement hinted (but did not expressly assert) that she has followers who seek to engage God in something akin to a military campaign on behalf of Clinton and against her unnamed enemy combatants. I wondered if she was hinting that God is on her side and against, say, Republican Presidential candidates.

Third, Clinton's use of the phrase seemed out of character. It is quite true that Republican Presidential candidates have hinted (on numerous occasions) that God is on their side. But I had the impression that Hillary Clinton (unlike her husband) opposed the use of religion in that fashion.

The debasement of both religion and Hillary Clinton. 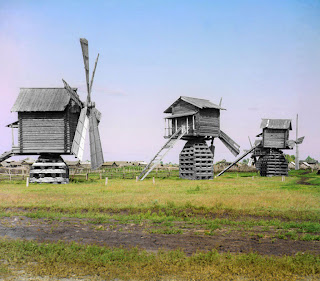 It's an offense not mentioned in the bible or the statute books. But in a broader sense it is about theft, even when the booty itself is invisible. But it is still a major problem for the German legal system, including a court in Leipzig that is currently hearing a case involving a dispute between the operators of two wind turbine facilities. Who owns the wind?

The parties in the dispute are the owner of a wind farm in Deliztsch in the eastern German state of Saxony and a businessman, who wants to set up a bigger wind farm in the immediate vicinity.