The Danger of Living and Working in the Wrong Place: Rough Justice?

On March 3, 2006, the Department of Defense released 5,000 pages of transcripts of proceedings before the Reprocessed Combatant Status Review Tribunal (CSRT) and the Administrative Review Board (ARB). See http://www.defenselink.mil/pubs/foi/detainees/csrt/index.html. These documents were released in response to a Freedom of Information Act Request. The proceedings involve Guantanamo detainees. I have dipped into a very few of the redacted transcripts of "Testimony of Detainees Before the Combatant Status Review Tribunal." There are interesting and suggestive morsels there. Consider:

From the transcript of the testimony of Mohammed Hussein Abdallah before the Combatant Status Review Tribunal:

First of all, you classified me as a terrorist or associated with this organization; that has no founding or no truth to it at all. I am just a teacher. I teach orphans, seven or eight year old orphans. They came and picked me up at 2 AM from my house. I have no relations or no connections with anybody. All that I used to do was go to work and come back. I stayed with my children and my family. I did not have any relations with any organizations whatsoever. So if teaching orphan children who lost their father how to read and write it a terrorist act, therefore I am a terrorist. If teaching the Koran to children is a terrorist act, then I am a terrorist. Besides this, I have nothing else. I don't know how they classified me as a terrorist.

Detainee: I don't know about that. This is the first time I hear this thing. ... I thought that Al Qaida was a secret organization. I just know about it through the media, radio and newspapers and things like that but as people or as a person, I don't know.

A bit further in the transcript:

Q. This camp that is being referred to as the Jolazai refuge camp, do you have an estimate of how many people were there when you stayed there?

A. What do you mean? Do you mean the population?

Q. At this camp, were people allowed to come and go freely?

A. As I said it was like a city. People leave and come and travel and go. It was like any normal city. 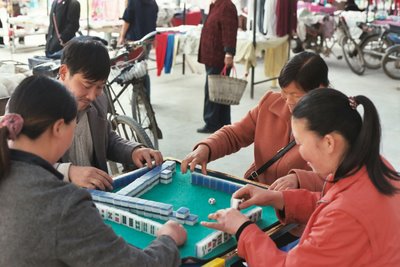 Posted by Unknown at 9:09 PM No comments: