A slew of critics of Putin's regime have been murdered or have died under suspicious circumstances. Is it possible that Mr. Putin, that ex-KGB agent, is really turning Russia back into a police state? Is it probable? These thoughts came to mind when I heard an interview today with the authors of Death of a Dissident: The Poisoning of Alexander Litvinenko and the Return of the KGB (Free Press, May 22, 2007). (The authors are Alex Goldfarb and Marina Litvinenko.)

That Putin favors the restoration of a monument to Dzerzhinsky in Moscow is not exactly reassuring. (This is the same Dzerzhinsky who led the secret service that interrogated and killed the real-life protagonist portrayed in Arthur Koestler's Darkness at Noon.)

N.B. At one point Putin favored the erection of a new statue of Josef Stalin. A proposal for such a statute in Moscow led Eugene Volokh to ask if we might soon expect to see statues of Adolf Hitler in Berlin.

Posted by Unknown at 2:00 PM No comments:

What Is a Victory for Liberty and Due Process?

If a man is found to have been illegally imprisoned, without due process of law, and is released (or deported) after six or more years, is this a victory for the principle of liberty and due process? Would such a victory be more meaningful -- more "real" -- if it took place during the "war" on terror, perhaps even during its initial phases, rather than, say, six years after such a "war" begins, perhaps even only after such a war ends? Can we be proud of a judicial system that vindicates the fundamental principle of no deprivation of liberty without due process of law (notice of charges, trial, jury, right to counsel, right to submit evidence, right to challenge adverse evidence, all of that) only years after such deprivations take place? Compare Al-Marri v. Wright, 2007 U.S. App. LEXIS 13642 (4th Cir. June 11, 2007). See also Adam Liptak, Judges Say U.S. Can’t Hold Man as ‘Combatant’, NYTimes Online (June 12, 2007).

N.B. Mr. Al-Marri is not yet a free man. He may now be tried in a "civilian" (regular) court. He may be deported. The Fourth Circuit may grant a rehearing and reverse after en banc deliberation. The government may seek review in the Supreme Court. There are other possibilities.

If a court ever issues a final non-appealable judicial order for the immediate release of Mr. Al-Marr, will the goverment refuse to comply with the order? What then?

Plants May Not Malinger, But They Do Prevaricate 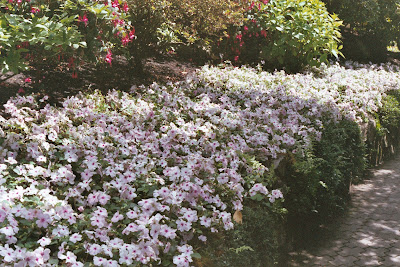 If [the] bald truth [that human beings systematically lie, that lying gives liars advantages, that "our primary aim is still to look out for ourselves above all," and that "lying to ourselves--a talent built into our brains--helps us accept our fraudulent behavior"] makes any one of us feel uncomfortable, we can take some solace in knowing we are not the only species to exploit the lie. Plants and animals communicate with one another by sounds, ritualistic displays, colors, airborne chemicals and other methods, and biologists once naively assumed that the sole function of these communication systems was to transmit accurate information. But the more we have learned, the more obvious it has become that nonhuman species put a lot of effort into sending inaccurate messages.

The mirror orchid, for example, displays beautiful blue blossoms that are dead ringers for female wasps. The flower also manufactures a chemical cocktail that simulates the pheromones released by females to attract mates. These visual and olfactory cues keep hapless male wasps on the flower long enough to ensure that a hefty load of pollen is clinging to their bodies by the time they fly off to try their luck with another orchid in disguise. Of course, the orchid does not "intend" to deceive the wasp. Its fakery is built into its physical design, because over the course of history plants that had this capability were more readily able to pass on their genes than those that did not. ... 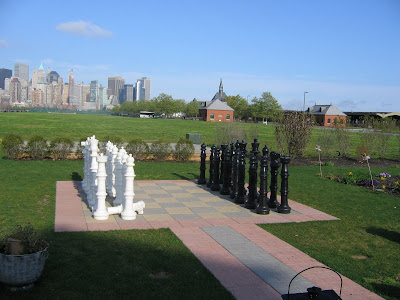 This account of the pervasiveness of lying -- or, in any event, of deception -- in the organic order is strong enough to warm the cockles of the hearts (and fan the anxieties) of people who believe in Original Sin. Indeed, this scientific account goes beyond the Bible -- since this account sees darkness (in the form of deception) in the very fiber (so to speak) of plant life as well as in the hearts (or in the genes, in any event) of human beings and non-human animals.

By the way [BTW], what is a "cockle"? Do hearts really have cockles? Does anyone know? 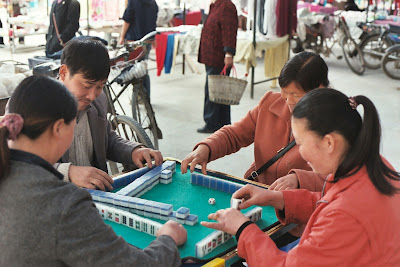