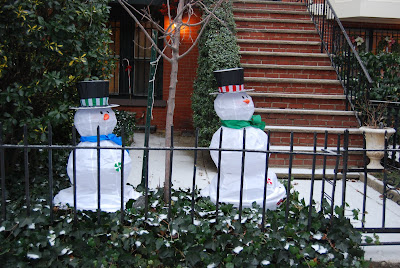 Posted by Unknown at 5:42 PM No comments:

Posted by Unknown at 1:08 PM No comments:

In this case the nature of the claim is one which "by its very nature [is] subject to long-repressed memories." Diocese of Dallas, 379 Ill. App. 3d at 793, 885 N.E.2d at 385, citing Pedigo v. Pedigo, 292 Ill. App. 3d 831, 839, 686 N.E.2d at 1185 (1997). Any statute of repose applicable to incidents of childhood sexual abuse inherently fails to recognize that the nature of the claim is subject to long-repressed memories. Applying the repeal of the statute of repose retroactively to allow plaintiffs to bring suit long after the alleged abuse occurred would correct that problem and bring the current application of the law into line with the nature of the claim.

This opinion, by itself, leaves a theoretical possibility that in a sexual abuse case that is considered on the merits, a trial judge might condemn expert evidence to support a claim of allegedly long-repressed memories as irrelevant, unscientific, unreliable, or, more simply put, as junk science. Let's hope that this possibility materializes (or has materialized) in the courts of the State of Illinois.
&&&

...but my numerous intellectual failings are entirely my own.

In an address I am giving in early January -- in a talk or lecture called "Trial by Mathematics - Reconsidered" -- at a conference in Munich I will make roughly the following comments at the end of my address:

My thoughts about the possible purposes of formal analysis of factual inference and proof have a variety of causes and sources. But among the most important influences on my thinking about the purposes of formal theorizing about factual inference were my (feeble) efforts to discern the possible implications of fuzzy probability for uncertainty in law. Lotfi Zadeh's revolutionary way of looking at uncertainty struck me as both a powerful window and an inadequate one. In trying to puzzle out the reason for these opposing sentiments, I realized that fuzzy probability (to the extent that I understand it) addresses some types of uncertainty in law in an extremely enlightening way but that it does not address some other types of uncertainty in a way that I find useful or enlightening. For example, I found that I could imagine that fuzzy logic, with the appropriate semantic data, might someday usefully describe and predict -- to some degree -- the behavior of some legal concepts and words in the real judicial world, but I had a much harder time imagining -- and I still do -- how fuzzy logic could serve as a reasonably complete guide to argument directed at a court about the appropriate interpretation of some legal word or concept.1 [1. However, the distinction between predicting the behavior of legal concepts and making arguments about legal concepts in forum such as a courtroom is neither sharp nor simple. For example, there is the simple fact that predictions about the behavior of legal concepts are usually an important part of legal argument addressed to a legal decision maker such as a judge.] This awareness (though quite possibly rooted in a mistaken premise) made me more acutely aware of the variousness of the ways in which the standard probability calculus (and other types of formal theory) might be used to deal with uncertain inference in law.

Another matter has strongly influenced my thinking about "trial by mathematics." Although in this talk [this paper] I have not said which of the possible purposes of formal analysis that I previously mentioned are most likely "viable," I do wish to suggest that it may be very fruitful to develop conceptual tools that combine the function of inference support with the function of increasing the transparency of inference. There is a reasonable chance that human beings can use formal analysis to (i) make more transparent to themselves some of their own cognitive or mental processes and (ii) thereby improve (at least occasionally) the workings of "the logic or logics that are immanent, or present, in existing ordinary inconclusive reasoning about uncertain factual hypotheses that arise in legal settings." If one shares my view that much human reasoning is subconscious but that there are degrees of awareness (rather than a crisp disjunction between awareness and non-awareness),2 [2. The important work of Timothy van Gelder draws on this insight. See his web site (with references and discussion) at http://timvangelder.com/] there is some reason to believe or hope that some formal conceptual tools (such as diagrams of arguments) can lead human beings to better understand what they think subliminally (to some degree) and thereby put them in a position to evaluate, critique, and improve some reasoning of theirs that was previously largely subliminal. Of course, even if we have such tools, there is no guarantee that "facilitated human awareness" will improve the accuracy of human inference in legal proceedings such as trials. That's in part because some human mental processes will forever -- or at least for the foreseeable future -- remain inaccessible to introspection. Nonetheless, human progress in the sciences (and in some other "intellectual fields"?) suggests that a hope that rigorous introspection can and will improve the accuracy of human factual inferences is not irrational. And with such a rational hope, I think, we can and should be content.

Posted by Unknown at 2:27 PM No comments:

This may prove to be a good book about a topic whose newly-augmented importance many Evidence teachers may not yet appreciate:

Law on Display: The Digital Transformation of Legal Persuasion and Judgment (2009)

“This is a widely informed, wisely reasoned, accessible analysis of how, for good or for evil, digital visual technology is transforming the conduct of trials and the very meaning of truth in the courtroom. It is essential reading alike for litigators and for everyone concerned with the legal fall-out of our culture’s accelerating shift from verbal to multimedia communication and comprehension.”
- Anthony G. Amsterdam, NYU School of Law

“Feigenson and Spiesel combine their impressive talents in law and visual persuasion to provide us with an insightful account of how new media are transforming legal advocacy in powerful new directions. Their critical analyses of fascinating case studies illustrate how cutting-edge lawyers are employing visual and digital media. The authors alert us to the new media's transformative capacity yet also its manipulative potential, and cogently discuss the ethical and legal quandaries that new media present for the courts. Highly recommended.”
- Valerie P. Hans

Professor James Franklin does not believe that the prospects for sociobiology (or, I assume, for sociobiology and law) are stellar. He writes, "[I]t is not very important to the credibility of the core theory of evolution whether or not there is anything in the theories of sociobiology. There have been many justified complaints about the 'Darwinian fairytales' dreamed up to 'explain' many aspects of human social reality, but an evolutionist could well agree that sociobiology is an embarrassment without needing to give up any core part of evolutionary theory." James Franklin, What Does Science Know and How It Knows It 220 (Encounter Books, 2009) (footnote omitted).

I normally have a charitable intellectual attitude toward many modern but possibly-quixotic intellectual endeavors. For example, although I think the explicit (crude) materialism of some versions of Artificial Intelligence is incorrect (and naive & oxymoronic), I believe much can be learned through the study of the work of AI scholars who say they embrace (crude) materialism. However, the (few) examples of research in law & sociobiology (L & S) I have seen leave me, at last, with the firm impression that L & S is little more than warmed-over social Darwinism. (One prominent L & S theorist has moved into neuroscience and law. If past performance predicts future performance, there is reason to doubt the prospects for this new gambit.)

Posted by Unknown at 9:56 AM No comments:

Hizzoner Jerramiah Healy on the Vices of Bicycle Riding 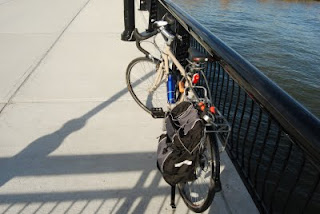 Bicycling enthusiast Chris Bray, a Bergen-Lafayette resident for the past five years, recalled at the meeting a conversation with Mayor Jerramiah Healy about making Jersey City more amenable to bicycle riding.

According to Bray, “[Healy] said, and this is a direct quote, ‘You bike around here, are you crazy? I want people to use public transportation.’ ”

Posted by Unknown at 7:39 AM No comments: