Steven Avery's (earlier) freedom hung on a (single) hair. His alleged accomplice's freedom, it appears, will hang on a confession. See John Lee, Dassey appeal will focus on confession, greenbaypressgazette.com (October 17, 2007). [I proclaim: The day has come when many newspapers will be known by their URL name rather than by their hard copy newspaper name.]

Perhaps in the Dassey appeal we will witness a reprise of the Central Park Jogger Case?

It is also possible that some, many, or all of the confessions in the Central Park Jogger case were shaded by the confessors in an effort to deflect suspicion away from the individuals doing the confessing. I remain disturbed by the possibility that Reyes had a motive to make a false confession. And, as always, I insist that DNA evidence by itself is never conclusive evidence of guilt or innocence in any case (see, e.g., here (DNA Redux to the Fourth Power, September 8, 2002) and here). The probative force of DNA evidence depends on a myriad of surrounding circumstances and assumptions. In the Central Park Jogger case, for example, there are multiple scenarios that could explain how the defendants in the Central Park Jogger Case might have been guilty of attacking the Central Park jogger even though only the DNA of Reyes, who was not one of the people charged with and tried for attacking the jogger, was found on the body of the jogger-victim.

But back to the Steven Avery and Brendan Dassey cases. I appear to be one of the very few people on earth who harbors any serious doubt about Steven Avery's innocence of the brutal rape of Penny Beernsten; as I explained in earlier posts -- here and here, a quirk might explain why the hair of a prison colleague of Steven Avery was apparently left on Penny Beernsten's body at the time of the rape. (It is possible that Avery was the carrier of that hair. Avery and his prison colleague lived near each other, and perhaps they were friends or acquaintances, and perhaps Avery's friend visited Avery at his home or had other physical contact with Avery.) I hope that modern folk wisdom dressed up as science -- this time, folk wisdom about confessions -- will not lead in this instance -- in the instance of --- Brendan Dassey -- to the exoneration of a guilty man.

Part of the the reason I worry about the possibility that one of Halbach's actual killers will be improperly "exonerated" is that I still shudder at the possibility that Penny Beernsten was led, probably through no one's moral fault, to hug her rapist and , to apologize to the man who perhaps actually brutally raped and assaulted her for her supposedly mistaken identification of him as the rapist.

&&&
It occurs to me that only the actual words of apology that Peggy Beernsten uttered can fully explain why I shudder at the possibility that Avery was exonerated of a gross crime that he actually committed. Thus Peggy Beernsten, in her own words:

A couple of years after the attack I remember saying to my therapist that although I felt my assailant needed to be in prison, I was struggling with the knowledge that he'd left five children behind. She didn't understand this; like most people her attitude was, “You should want to kill the son of a bitch.”
... It happened in a beautiful place. I was out jogging when a man grabbed me from behind and pushed me into a wooded area. When I screamed, he choked my windpipe; when I fought back as he tried to rape me, he began beating and strangling me. Finally I lost consciousness. My last thoughts were: “I wish I'd kissed my son goodbye this morning” and “my daughter’s last vision of me will be of my dead, beaten body.”
Two good Samaritans found me, bleeding and naked in the sand dunes. ...
Later [the police] put nine photos by my bedside. I presumed the suspect was among them. Steve’s photo was in there and I selected it. ...
At the live line-up I looked at eight men and again picked out Steve Avery. I had selected his photo, and his image had become enmeshed with my memory of the real assailant. In my mind, Steve was the only person in those photos and in that line-up. As it turned out, my actual assailant was in neither.
...
After the assault I went into a deep depression. ... Then one day I read about a young woman, ten years younger than me, who had gone out jogging and been murdered. As I heard how her strangled body had been found in a swamp, I realized that I’d been given a second chance, whereas she had not.
At about the same time I heard a talk on Restorative Justice by a man called Dr. Mark Umbreit. He talked about how liberating it can be for victims to let go of their anger and hatred, and suddenly I felt a huge weight lift. At the next break I headed out to the state park where the assault had taken place. For the first time I wasn't afraid.
...
Then, in 2001, Steve’s attorney contacted The Wisconsin Innocence Project, who agreed to help with his case. A year later there was a motion to release additional biological materials for DNA testing. Two hairs were tested: one was identified as mine, and the other belonged to someone else – but that someone was not Steve Avery. In the CODIS database they got a direct hit with a man named Gregory Allen, who in 1995 had brutally raped a woman in Green Bay, Wisconsin, and was subsequently serving a 60-year sentence. Gregory Allen looks very much like Steve Avery.
When my attorney told me that the judge had reversed the verdict, I wanted the earth to swallow me. After all, I was partly responsible for identifying the wrong man, and no one can give Steve back those lost years. Not a day goes by when I don't think about the woman Gregory Allen raped in 1995, or wonder how many other women’s lives were drastically altered in those years when he was walking free.
I sunk into another deep depression and, feeling utterly powerless, wrote Steve a heartfelt apology letter. In it I stated that I felt like an offender and offered to meet with him. I'm so grateful that he agreed.
Steve is a very quiet man, but he gave me a hearty handshake and I told him how terribly sorry I was. After a bit, I asked if his parents would like to come in so I could apologize to them too. He said his mother would be OK but that his father was still kind of bitter. But in the end both of them agreed to meet me.
When it was time to conclude the meeting I stood up and went over to Steve and said, “Is it alright if I give you a hug?” He didn't even answer but just grabbed me in a big bear hug. Then I whispered, “Steve, I'm so sorry.” And he said, “Don't worry, Penny; it’s over.”
That was the most grace-filled thing that’s ever been said to me ...

Peggy Beernsten was speaking about a man who mutilated a cat, murdered a young reporter, probably dismembered the reporter's body, and torched the reporter's car in an effort to conceal his crimes.
Posted by Unknown at 12:24 PM No comments:

Posted by Unknown at 3:56 PM No comments:

A Public Relations Disaster -- for Whom?

Whose "fault" is it if an archdiocese in California sells off convents, orphanages, schools, hospitals, or hospices etc. to pay damages in a clergy sex abuse settlement? Some newspapers know the answer, of course: the archdiocese. See, e.g., With Malice toward Nuns, Slate (October 4, 2007). But perhaps one should at least admit the possibility that facilities for worthwhile charitable and religious work will have to be sold even after "lavish" or "unnecessary" church facilities are sold? Moral: there is no free lunch; there is a price for everything, including enterprise liability of non-profits for the wrongful acts of the enterprise's agents.

N.B. I have lived too long to believe all pieties, including the piety that plaintiffs' lawyers are only interested in doing good or that any and every recovery on behalf of wronged plaintiffs adds to justice. Sometimes it just 'tain't so; e.g., some lawyers (and plaintiffs) act mainly out of mercenary motives and sometimes the wrong people are made to pay for the wrongs and sins of others -- and sometimes the alleged wrongs that lead to settlements did not occur. My nostrils tell me that although sexual abuse of minors by Catholic clergy was (and presumably still is) a very real phenomenon, some archdioceses are settling for grand sums mainly to buy peace, and not because they believe that they are or should be morally or legally responsible for all or most of the sexual predations that are alleged in "survivors'" lawsuits. (I wonder: Does the southern California $600 million settlement foretell the demise of hierarchically-organized religious organizations in the U.S.A.?)

Posted by Unknown at 3:20 AM No comments:

How Far Is the Farthest Star (not galaxy) that We Human Beings Have Seen? 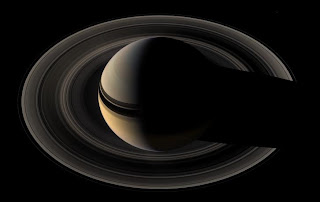 I'm not sure of the answer to my question. But I can report a report that a supernova at a distance of five billion light years has been observed. See NASA's Astronomy Picture of the Day for October 16, 2007.

This supernova is so bright that it can be seen with a small telescope.

Posted by Unknown at 5:13 PM No comments:

Wikipedia and the Law of Evidence

Wkipedia is, I guess, a vast experiment in knowledge organization -- or ... whatever.

In the case of the law of evidence, the experiment is almost a complete failure. See entry Evidence (law). The quality of the entry is ... abysmal.