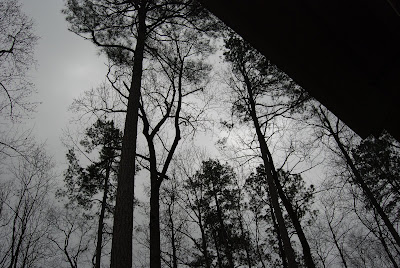 I just discovered, rather serendipitously, that James H. Chadbourn's Lynching and the Law (University of North Carolina Press, 1933) is being reprinted at the end of this month - on December 30, 2008 - by the Lawbook Exchange, Ltd. (There is a new introduction by Paul Finkelman.)

Chadbourn was an assistant professor at the University of North Carolina when he published this book. It is easy to be tolerant and liberal when you have lots of company. It took great courage for Chadbourn to write and publish this book when and where he did.

Chadbourn went on to have a distinguished career. He taught at various universities, including the University of Pennsylvania, University of California at Los Angeles, and Harvard University. He died of cancer on October 1, 1982. To the very end, Chadbourn had no patience with cant or abuse of power. He also never lost his inimitable sense of humor. I still miss him.

Email ThisBlogThis!Share to TwitterShare to FacebookShare to Pinterest
Labels: James H. Chadbourn, Lynching and the Law

Sexual Predators -- Do They Always, Almost Always, Often, Ordinarily, or Rarely Do It Again?

Media coverage of heinous acts of barbarism by sexual predators creates a sense within the public eye that uncontrollable predators lurk around every corner, waiting to prey upon our children through tools of technology that we do not quite understand and therefore fear. Our society believes that once an individual commits an act constituting a sexual offense crime under our statutory provisions, [he or she is] lost.

Most Americans believe that it is not a question of if, but when, a sexual predator will commit another sexual crime. That belief is warranted for a small minority of sexual offenders, but the vast majority do not fall under that umbrella.

the dynamic evidence page
coming soon: the law of evidence on Spindle Law

Posted by Unknown at 4:42 PM No comments: