Conference Announcement: Graphic and Visual Representations of Evidence and Inference in Legal Settings 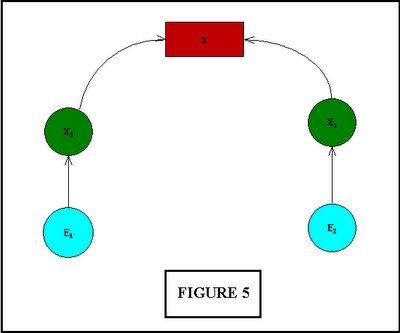 One of the largest problems faced by crime investigators, litigators, paralegals, judges, triers of fact, and other actors interested in disputes about factual questions in legal settings is the sheer mass of available evidence in many cases. It is often difficult to remember, retrieve, and interpret evidential information, so that patterns, relations, and inconsistencies often go unnoticed. Tools that support the storage, retrieval, and interpretation of masses of evidence could therefore be of great use.

Psychological studies have shown that people's ability to remember, retrieve, and interpret information is greatly enhanced if they organize information in a way that is meaningful to them. Scholars of the law of evidence have long suggested that graphical representations of evidential arguments and inferences could support humans in making sense of masses of evidence. As early as 1913, John Henry Wigmore claimed that his charting method promoted rational thinking about legal evidence. While Wigmore had only pencil and paper to draw his cumbersome graphs, today the computer could make his ideas practically feasible for everyone. Software could be used to draw graphical representations of arguments and inferences about masses of evidence. Moreover, such software could be combined with existing database, document management, and search technology so that collections of evidentiary documents could be stored and retrieved in terms of the user's thinking about a case. Such software would also facilitate transfer of case files to others by increasing the transparency of the files, so that subsequent investigators, prosecutors, and fact finders could gain a quicker and better understanding of the case.

Such software is currently being investigated for use in various domains. Argument visualization software has been designed, for instance, to support the teaching of scientific reasoning or critical thinking skills (Belvedere, Reasonable, Araucaria, Convince Me), to support intelligence analysis, and to facilitate individual or collaborative problem solving (Questmap, SEAS). Moreover, current artificial intelligence research offers precise accounts of evidential reasoning and thus provides a clear semantics of graphical notations as well as ways to compute with them.

In the legal domain, fact investigators and litigators increasingly use software that supports the storage and retrieval of information in terms of conceptual and relational networks (Holmes 2, Analyst's Notebook). However, as yet, such tools offer little or no support for the structuring of human thinking about thus stored information. This software allows users to store evidentiary data in terms of events, objects, actors, and the relations among these things, but it does not allow users to represent how such data support or undermine hypotheses about what has happened.

This interdisciplinary conference brings together scholars and practitioners from such fields as law, philosophy, computer science, artificial intelligence, cognitive psychology, and linguistics who are interested in the graphic visualization of legal evidentiary inference and its support by software tools. The following issues will be addressed:

Posted by Unknown at 3:07 AM No comments:

Here is a readable copy of my essay Intellectual History, Probability, and the Law of Evidence.
Posted by Unknown at 10:37 PM No comments: 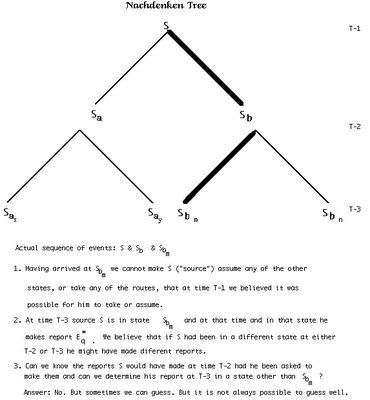 The review essay Intellectual History, Probability, and the Law of Evidence is now available on SSRN.
Posted by Unknown at 11:54 PM No comments: