In philosophical discourse there is some talk about the difference (or the supposed difference) between the "logic of discovery" and the "logic of justification." Is there a parallel or analogous difference between the discovery of facts and the proof of facts in legal settings? Does one type of logic govern the investigation of factual questions and another type of logic govern the proof of factual hypotheses in legal settings such as trials?


I think the answer is both yes and no: Although the forms of mental structuring that play a role in settings such as the process of proof at trial also influence fact investigation that is conducted with an eye to the possibility of a legal event such as a trial -- for example, substantive legal rules influence pretrial investigation as well as proof at trial, and investigators as well as trial lawyers sometimes have to think about the credibility of witnesses --, some forms of mental structuring (or evidence marshaling) tend to be more prominent in later phases of proof (broadly understood) than in earlier phases of proof. This is the way that I formulated this thesis in the most recent iteration of the syllabus for my course Fact Investigation I:

See The General Nature, Purposes & Scope of the Course in Fact Investigation

Email ThisBlogThis!Share to TwitterShare to FacebookShare to Pinterest
Labels: logic of discovery, logic of fact investigation versus logic of proof, logic of justification

What Is a Polygraph?

It isn't what you probably think it is.

Posted by Unknown at 4:23 PM No comments:

Email ThisBlogThis!Share to TwitterShare to FacebookShare to Pinterest
Labels: polygraph

A Weathered but Still-Tasty ... but also Misshapen? -- Morsel by Judge Posner

Judge Richard Posner once said, "As one of our finest academic public intellectuals, Jean Bethke Elshtain, has put it, 'The problem with being a public intellectual is you get more and more public and less and less intellectual.'" Diary, Entry 5 Slate (Jan. 18, 2002) (see bottom of page).

So the question arises: Can we validly say of an academic that he or she is "intellectual" even if the academic in question garners little praise, admiration, or attention from his or her colleagues?


I wonder how Judge Posner grades the performance of the students in his unorthodox but interesting Evidence course? Does he consult the opinions of academics or the opinions of the students' colleagues before he awards a student a grade? And if he does that, do they in turn ask Posner what he thinks? (Do you detect a vicious circle here? [But the paradox is solved if we have an academic pope -- such as Judge Posner.])

Perhaps Judge Posner proves once again that people tend to prefer the measures of merit - the "merit metrics" - that make them look best.

Posted by Unknown at 7:06 AM No comments: 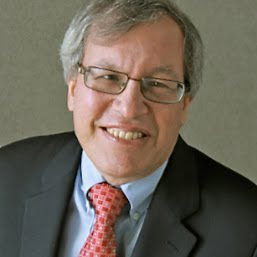 
&&&
The dynamic evidence page
It's here: the law of evidence on Spindle Law. See also this post and this post.

Posted by Unknown at 2:30 PM No comments:

The BBC reports that the People's Supreme Court of the PRC has taken a further step toward reducing the frequency of the death penalty:


China has introduced a number of measures over recent years to cut down the number of executions.

This latest development appeared in the annual report of the supreme court.

"Suspend the death sentence for two years for all cases that don't require immediate execution," read the report.

The court does not say why some cases might need to be carried out immediately, although in the past the government has instructed judges to be more severe in cases that involved crimes it was targeting.

Those benefiting from the changes will probably never be executed.

Criminals given a suspended death penalty usually have their sentences commuted to life imprisonment.

China does not reveal the number of executions it carries out each year, but it is thought to kill more people than any other country.

Four years ago the Supreme People's Court took back the right to review every death sentence handed out by lower courts.

The result has been fewer executions.

Earlier this year China reduced the number of crimes that carry the death penalty by 13 to 55.

Posted by Unknown at 7:16 AM No comments: