Drawing Inferences about "Deception" from Observed Events in the Brain:
Of fMRI and Similar Purported Tools for Observing or Inferring States of the Human Mind and Heart 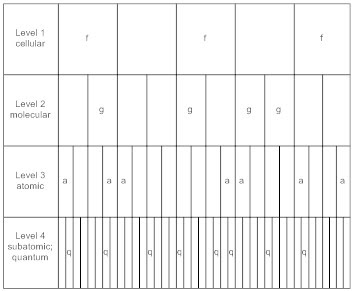 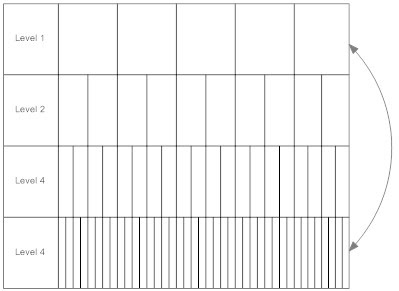 If the sort of interaction shown in Figure 3 happens, inferences drawn from any pattern of events at Level 1 of Figure 1 cannot be drawn with certainty or, probably, even with near-certainty. (However, it does not necessarily follow that we learn nothing from observing events at Level 1 in Figure 1. Whether that's the case or not depends -- on many things.)
&&&

Next January I am going to give a talk at the Institut fuer Rechtsphilosophie und Rechtsinformatik at the University of Munich (Ludwig-Maxmilians-Universitaet) in Germany about the hearsay rule. The prospect of giving this talk has forced me to think seriously about what I really think about the hearsay rule.

The hearsay rule is intermittently -- and perhaps regularly and periodically -- attacked as an abomination. Hearsay, it is often suggested, should be considered for what it is worth. That is what a rational person would do, it is often said. But when hearsay is in fact regularly received and considered in adjudication, the result is often a disaster. Consider the recent experiment with the "military commissions." It really did happen that the equivalent of a harmless goatherd was sometimes identified as a terrorist on the strength of an accusation by an absent (and often anonymous) accuser. Such experiments in hearsay rule-free proof suggest that there is usually less to hearsay than meets the ear.

A few years ago the 10th Circuit Court of Appeals suggested that although a prohibition against piling inferences on inferences is absurd, it is not absurd to require a proponent of evidence or a court to describe how inferences are piled on other inferences and what they reasonably amount to. See United States v. Summers, 414 F.3d 1287 (10th Cir. 2005). Perhaps the hearsay rule works in largely the same way: much hearsay ends up being admitted, but generally it manages to get admitted only if the proponent lays out a series of inferences that suggest that the hearsay in question is sufficiently probative to be admissible. Of course, it is true that some hearsay does not manage to get through even the very elastic and porous hearsay filter that our legal system uses; and this may mean -- it almost surely does mean -- that some trustworthy hearsay does not manage to find its way into trials. But a penalty-free injunction -- "Make a plausible argument for the probative force of your hearsay! That's all we ask." -- will have little or no effect in our adversary legal system. The occasional exclusion of reliable hearsay may be a price worth paying to get trial lawyers to assemble enough evidence to support a plausible argument for the probative value of the hearsay they decide to proffer.