In an unusual effort to prove a murder case, prosecutors in Washington state have persuaded a judge to let them bring a car into the courtroom. The 2000 Ford Mustang in which victim Ronald Whitehead, 61, allegedly was shot to death "was hauled into the King County courtroom of Judge Steven Gonzalez in three bundles Wednesday night and assembled in time for when defendant Jon Ogden, the dead man's 20-year-old stepson, walked into trial Thursday morning," reports the Seattle Times. The government wants to show the jury how they believe Whitehead was shot four times by someone hiding in the vehicle.

legal consulting in the law of evidence, investigation strategy, and evidence planning

How Do Fingerprints Point?

Kenneth Chang, "Fingerprint Test Shows Not Only Who but What," NYTimes (August 7, 2008)

Posted by Unknown at 7:34 PM No comments:

When Will They Ever Learn -- about Circumstantial Evidence etc.

"When will they ever learn?" Folk Song, the version by Pete Seeger and The Weavers still being the best known

N.B. The above post does not reflect -- and it is not meant to reflect -- my personal opinion (if I have one) about the guilt or innocence of Bruce E. Ivins.

A Merger of Subjective and Objective Factors in Factual Inference: Understanding a Bee's Vision

It is possible to make inferences about how bees are likely to view their world by carefully conducting experiments and inspecting the physiological and psychophysics data. We know that bees can see ultraviolet wavelengths of light. Many flowers have evolved flower patterns that suit the visual capabilities of bees, for example, some flowers have patterns that can only be seen with ultraviolet sensitive vision.

"Interview [of Dr. Adrian Dwyer]: Through the eyes of a bee," Alexander von Humboldt-Stiftung Newsletter 2/2008 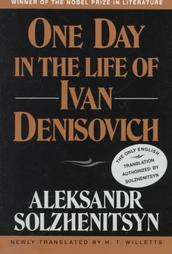 This sad news has something to do with evidence. Before Solzhenitsyn's appearance many people in the West -- I am old enough to remember this -- were dismissive of claims that Stalinism led to the deaths of millions of people. But the evidence of death on such a massive scale was publicly available long before Solzhenitsyn burst on the international scene.

Posted by Unknown at 7:06 PM No comments: