A Close Encounter with a Prominent Celestial Phenomenon

I was a faithful member of the Columbus Astronomical Society. The time was the mid-1950s. I was 12 or 13 years old. The third Saturday of every month was the day for amateur observing at the McMillan Observatory on the Ohio State campus. On one such Saturday it was raining cats and dogs in the afternoon. Nonetheless, I took my trusty bicycle and rode from my home on the south side of Columbus to Ohio State University, which was far away on the north side. On arriving at the observatory I met two men, who were huddled over a calculator. They told me, naturally, that observing with the telescope was cancelled that night. I asked them what they were doing. They told me they had been making observations of a particular star and they were doing calculations that night to confirm that the star had the greatest apparent motion of any star that had thus far been observed. They wished me well in my study of astronomy. One them was, he said, J. Allen Hynek. See biographical note . For years -- until today – I thought I had met James A. van Allen, the discoverer of the Van Allen Belts, who just died. See NYTimes obituary. I’m glad to see that J. Allen Hynek had a distinguished career of his own. In addition to teaching at Harvard for a few years (after leaving Ohio State University) and becoming the head of the astronomy department at Northwestern University (in 1960), Hynek became become a prominent (and reputable) investigator of UFOs and was a consultant for Close Encounters of the Third Kind. See 1985 interview.

Does this story about my brush with fame have anything to do with evidence or the law of evidence?

Probably not. But perhaps -- with some effort -- it could serve as an object lesson about the frailty of human memory -- and then about our ability to uncover evidence that nonetheless gets the historical story straight.
Posted by Unknown at 10:39 AM No comments:

The Death of a Youth and of a Drunkard 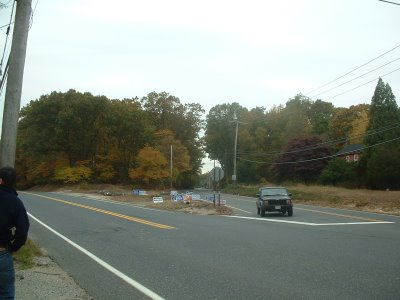 P. Tillers, The Death of a Youth and of a Drunkard

Email ThisBlogThis!Share to TwitterShare to FacebookShare to Pinterest
Labels: story about habit evidence 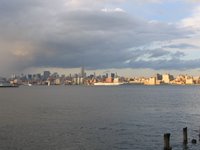 There is now available a standalone version of MarshalPlan. This computer-generated gizmo -- and the words that follow are carefully chosen -- is a software representation of an approach to evidential inference that emerged out of my collaboration with David Schum in the late 1980s and early 1990s. This software -- one might call it MarshalPlan 2.0 -- is not exactly a "concept" of a software tool. It is a bit closer to being a "proof of concept"; i.e., MarshalPlan illustrates how my approach to inference works -- and that it does work. In any event, MarshalPlan is very clunky technologically speaking -- for example, some of the "buttons" in the various "stacks" that comprise my evidence marshaling system do not work; some or all of the color schemes I use are, at best, aesthetically unappealing; and the layout of fields, buttons, and other objects on the visual fields is inefficient.

This clunky software, moreover, comes without commentary. You will not even find many explanatory notes. The only software manual you will find takes the form of published literature that lays out some (but not all) of the theoretical underpinnings for MarshalPlan. See, first, P. Tillers & D. Schum, A Theory of Preliminary Fact Investigation; and, second, David Schum, The Evidential Foundations of Probabilistic Reasoning 491-504 (Wiley & Sons, 1994; paperback reprint, Northwestern University Press, 2001). If you wish to have explanations, you will have to invite me to give a talk (and you will have to pay my expenses) or you will have to attend Professor Edward Cheng's Evidence Colloquium at Brooklyn Law School on November 21, 2006 -- my general topic will be "Reasoning about Evidence." Alternatively, come to the Cardozo Law School conference on Graphic and Visual Representations of Evidence and Inference in Legal Settings. It is possible that I will talk a bit about MarshalPlan 2.0 then.

If you would like to download MarshalPlan from the web, please send me an e-mail request (at peter@tillers.net) and, if your purposes are benign, I will send you the URL for the download page and a username and a password.

Today I added one (but just one) word of explanation in MarshalPlan 2.0. I inserted the following comment in a field in an otherwise empty stack called "Probative Value & Credibility Assessment":

MarshalPlan has no stack that lays out a strategy for assessing the probative value of evidence. This is only because I have nothing much to add to the extensive and exciting work that has been done and continues to be done on various kinds of inference networks. The leaders in this field are people such as Henry Prakken, Douglas Walton, Timothy van Gelder, and David Schum. (Judea Pearl has a very important theory of inference networks. But his theoretical commitment to the notion that there is no good inference without judgments about causal links sharply limits the utility of his theory for present purposes.)

Credibility assessment is a special form of weight-of-evidence-assessment; i.e., it involves a special form of inference network logic; i.e., reasoning about testimonial credibility involves a special form of hierarchical evidential inference. The most elaborate and sophisticated theory of witness credibility assessment is the one developed by David Schum. (A gap in his theory -- the only significant gap I can find -- is the absence of much of anything about "linguistic uncertainty," the uncertainty one may have about a testimonial report because of the limitations in the speaker's ability to use language and, more generally, because of the inherent imprecision and ambiguity of language.)

The absence of a stack [in MarshalPlan] for weighing the probative value of evidence (including testimonial evidence) proves that weighing evidence involves more than weighing evidence: The weighing of evidence requires discovering evidence, imagining hypotheses, developing arguments, and a host of other mental activities, some of which are identified by the stacks in MarshalPlan. All of these activities involve imagination and constructive mental activity. (But these mental processes are not limited to imagination and mental fabrication: They also involve the EVIDENCE, which is an essential constraining force on human imagination and judgment.)