To err is human and non-human. 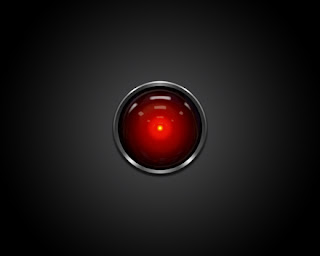 Is error in brain circuitry a precondition of imagination and creativity?
The human brain is soft-wired. The brain's wiring is mushy; it is not in the main metallic; if the brain is a machine, it is - in part - a biological machine, a biological mechanism. (The brain is also chemical, electrical, magnetic, etc. Yes?)
Is it the following the case?: The mushiness of the brain's circuitry helps to explain why non-deterministic human reasoning is possible, why human thoughts and reasoning can burst outside preexisting channels?
But to explain fully the possibility of non-deterministic (non-deductive?) human thought processes -- imagination and creativity -- is it also necessary to suppose that thoughts that burst outside of established circuitry produce a kind of somewhat disordered complexity and chaos?
I don't know. But I have a suspicion. (Yes.)
&&&
The dynamic evidence page
Evidence marshaling software MarshalPlan
It's here: the law of evidence on Spindle Law.

The European University Institute and Harvard Law School are hosting a summer school on law and logic this summer. Cardozo Law School is also a sponsor. The venue of the summer school is Florence, Italy; and the dates are July 16-20. See generally http://lawandlogic2012.wordpress.com/


The registration fee is 200 Euros. Instructions about the simple procedure for applying for admission to the school are at http://lawandlogic2012.wordpress.com/05-application/The summer school's web site describes the general nature of the summer program this way:

The Summer School on Law and Logic is the first course ever to provide a comprehensive introduction to the uses of logic in the law. It combines an introduction to the basic methods of formal logic, a discussion of their application to the law, and an in-depth analysis of the logical structures of legal knowledge and legal reasoning.

It aims at providing postgraduate law students and legal professionals with knowledge of the methods of formal logic, and the ability to apply those methods to the analysis and critical evaluation of legal sources and legal arguments. We think that a background in formal logic is today an essential prerequisite for engaging in legal theory, and can be very useful also for developing doctrinal legal research, working in legal informatics, and, more generally, in the practice of law.

The Summer School introduces the use of logic in analysing sources of law (including statutes, cases, regulations, constitutional provisions) and legal arguments.

It includes the basics of propositional and predicate logic, as well as the the use of logic for capturing representing deontic and Hohfeldian modalities, analogical reasoning and inference to the best explanation.

"The principal issue at trial was the identity of the person who killed Colleen Richardson-Luciano. The suspects were two, both of whom had equivalent opportunity to do so. Michael Luciano was one. James Cooper was the other. Luciano said it was Cooper. And Cooper could not deny it because Luciano killed him about a day after Colleen had been stabbed to death.