A Lesson in Probability by the Massachusetts Supreme Judicial Court

A slight shudder goes over me when I realize that I am about to encounter another judicial disquisition on probability and factual inference.

But I feel compelled to make very brief comment on two points now:


1. The case involved a pretrial identification. The prosecutor made an off-the-cuff argument about the improbability that the victim would have picked, out of two photo arrays containing a total of 14 people, two suspects who happened to know each other. Whether or not the court got the final result right, the court failed to understand the point of the prosecutor's argument about random selection.

2. Whether or not the court got the final result right, the court -- like practically every other court before it -- parroted vacuous and misleading cliches about the non-mathematical character of the reasonable doubt standard:

Email ThisBlogThis!Share to TwitterShare to FacebookShare to Pinterest
Labels: mathematics and proof beyond a reasonable doubt, random selection

The New York Times Columnist David Brooks writes in praise of Kahneman & Tversky. He emphasizes the tendency of the work of Kahneman & Tevrsky to show that fhuman beings frequently act irrationally. Fair enough. But what Brooks needs to emphasize a bit more is that subconscious processes have both successes as well as failures -- and it is possible that the rate of success is as striking as or even more striking than the rate of failure. If that weren't the case, we probably would all have been dead a long time ago.


&&&
The dynamic evidence page
Evidence marshaling software MarshalPlan
It's here: the law of evidence on Spindle Law. See also this post and this post.
Posted by Unknown at 1:56 PM No comments: 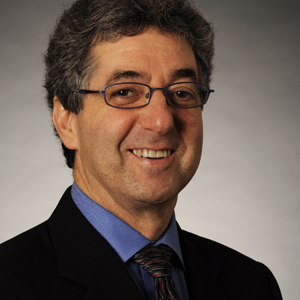 MarshalPlan 5.0 in Your Browser (Firefox)

I just discovered, to my pleasure and surprise, that MarshalPlan 5.0, the most recent version of my evidence marshaling software, runs in Firefox 4.0 as well as in Firefox 3.x.  To give the most recent iteration of MarshlPlan a trial spin, using Firefox 3.x or 4.0, click on this link and, when asked, accept the plug-in.

It's here: the law of evidence on Spindle Law. See also this post and this post.
Posted by Unknown at 2:46 AM No comments:

What do think of Prof. Herb Kolsby's course (see below) on "speechmaking" by trial lawyers?


I like the idea for the course by Kolsby. But I confess I would like to see more emphasis  on pretrial preparation in the form of informal fact investigation and formal discovery. (To judge by the blurb below, this part of trial lawyering is missing from Kolsby's course.) Trial advocacy without meticulous pretrial preparation is lifeless, it is doomed to fail. But I am probably being unfair: There are other courses in Temple's program in advocacy and some of them probably deal in detail with pretrial fact investigation (which is my favorite shtick, see http://tillers.net/fi-course/fi-home.html).
&&&

It's here: the law of evidence on Spindle Law. See also this post and this post.
Posted by Unknown at 11:10 AM No comments:

A major upgrade of the Federal Bureau of Investigation's (FBI) DNA database system has come under fire from members of the forensic science community. The Codis system is used to generate the genetic profiles stored in the US national DNA database. The FBI wants to expand the number of genetic markers used by Codis to classify individual DNA profiles. But a former science chief at the bureau says the plan is not being driven by scientists' needs. Dr Bruce Budowle, along with colleagues Arthur Eisenberg and Jianye Ge, outlined the objections at the Promega 22nd International Symposium on Human Identification (ISHI) in Maryland, US. Another scientist told BBC News the changes were vitally important because they would set down how DNA profiles were recorded in the United States for perhaps "the next 20 years".

It's here: the law of evidence on Spindle Law. See also this post and this post.
Posted by Unknown at 2:12 AM No comments:


Two U.S. senators have asked federal educational officials to turn over detailed information about law school enrollment, tuition, finances, job placement, bar passage and student debt rates over the past 10 years. In a statement Friday, the two—Sen. Barbara Boxer (D-CA) and Sen. Tom Coburn (R-OK)—said they were acting in response to "serious concerns" that have been raised lately about the accuracy and transparency of information law schools are providing prospective students.

It's here: the law of evidence on Spindle Law. See also this post and this post.
Posted by Unknown at 1:22 AM No comments: