This raises a question. Will the Court give up:

N.B. If Professor Davies has his history right in the main (and I strongly suspect he does), the Court's current Fourth Amendment jurisprudence cannot be defended on the ground that it comports with, if not the letter, then the spirit of the Framers' view of the purposes of the Fourth Amendment; the Court has instead poured new wine into new bottles.
Posted by Unknown at 3:22 PM No comments:

See Thomas Y. Davies, Not the Framers' Design: How the Framing-Era Ban Against Hearsay Evidence Refutes the Crawford-Davis Testimonial Formulation of the Scope of the Original Confrontation Clause, 15 Brooklyn Journal of Law and Policy -- (2007).

The author's SSRN abstract of the paper states:

In opinions for the Court in Crawford v. Washington (2004) and Davis v. Washington (2006), Justice Scalia asserted that the Framers' design for regulating hearsay evidence under the Sixth Amendment Confrontation Clause was limited to testimonial out-of-court statements, but that the Framers did not intend the Clause to apply to less formal nontestimonial hearsay statements at all.

This article documents that this claim is merely another instance of fictional originalism. It begins by pointing out that although Justice Scalia endorsed construing the confrontation right according to those [hearsay] exceptions established at the time of the founding, he did not actually survey the framing-era authorities regarding the treatment of criminal hearsay.

The article then examines the treatment of hearsay in the framing-era treatises and justice of the peace manuals used in framing-era America and documents that hearsay was defined to include all unsworn out-of-court statements. It also documents that only two forms of out-of-court statements could be admitted as evidence of a defendant's guilt: the the written record of a sworn Marian witness examination of a person who died prior to trial (which was not hearsay) and the dying declaration of a murder victim (which was hearsay). The article also identifies two other limited-purpose hearsay exceptions that did not permit hearsay to be used as direct proof of a defendant's guilt: one allowed hearsay to corroborate a witness's trial testimony and the other allowed hearsay to prove the general existence of a conspiracy (but not the defendant's involvement). Otherwise, the article concludes that hearsay statements, including those that could be deemed nontestimonial under Crawford, were banned by framing-era criminal evidence doctrine.

The article also documents that, contrary to statements in Crawford, the confrontation right was understood to require the exclusion of hearsay statements at the time of the framing. Thus, contrary to Justice Scalia's analysis, the Framers understood that the ban against criminal hearsay was a component of the confrontation right. In sum, the testimonial/nontestimonial hearsay distinction announced in Crawford and Davis contavenes [sic] the settled evidentiary principles that shaped the original meaning of the Confrontation Clause.

Professor Davies is a formidable legal historian. It will be interesting to see how the Supreme Court responds to his challenge.

N.B. I need to review Davies' papers to see how he thinks Confrontation Era courts dealt with certain kinds of out-of-court statements. For example: a witness proposes to testify that the accused murderer, as he stabbed the alleged victim, shouted, "May you burn in Hades!" Perhaps Davies takes the view that Framing Era judges (like modern judges) would not have characterized such statements as hearsay and that they therefore would not even have considered excluding evidence of out-of-court statements such as these? (Under modern law, even if such a statement -- e.g., "Die, you scum!" -- were considered hearsay, it would fall under the exemption or exception for party-admissions).

Posted by Unknown at 1:55 PM No comments:

New Paper on Neuro-Imaging and Credibility

I see that Charles Keckler has published an article on the use of neural imaging to assess witness credibility. See Charles Keckler, Cross-Examining the Brain: A Legal Analysis of Neural Imaging for Credibility Impeachment, 57 Hastings Law Journal No. 3 (2006). The author's SSRN abstract of this paper states:

The last decade has seen remarkable process in understanding ongoing psychological processes at the neurobiological level, progress that has been driven technologically by the spread of functional neuroimaging devices, especially magnetic resonance imaging, that have become the research tools of a theoretically sophisticated cognitive neuroscience. As this research turns to specification of the mental processes involved in interpersonal deception, the potential evidentiary use of material produced by devices for detecting deception, long stymied by the conceptual and legal limitations of the polygraph, must be re-examined. Although studies in this area are preliminary, and I conclude they have not yet satisfied the foundational requirements for the admissibility of scientific evidence, the potential for use - particularly as a devastating impeachment threat to encourage factual veracity - is a real one that the legal profession should seek to foster through structuring the correct incentives and rules for admissibility. In particular, neuroscience has articulated basic memory processes to a sufficient degree that contemporaneously neuroimaged witnesses would be unable to feign ignorance of a familiar item (or to claim knowledge of something unfamiliar). The brain implementation of actual lies and deceit more generally, is of greater complexity and variability. Nevertheless, the research project to elucidate them is conceptually sound, and the law cannot afford to stand apart from what may ultimately constitute profound progress in a fundamental problem of adjudication.

I have not yet read this paper. However, it should be noted in general (i.e., without any intention on my part to cast any aspersions on the quality of this particular paper, which I have not read) veracity is not synonymous with credibility; a variety of variables other than veracity vel non can affect the credibility of a witness. For example: poor memory, poor sensory capacities (e.g., poor eyesight, poor hearing), non-objective (but "honest") interpretation of sensory signals (i.e., "bias" and "interest"), and situational limitations on the ability of a witness to perceive (i.e., in legal parlance, defects in "personal knowledge" -- e.g., given the witness' distance from the event she reports, whether or not the witness was in a position to see "what happened"). As generations of both trial lawyers and psychologists (and writers of fiction -- think Shakespeare -- and other students of human behavior) know, these variables are far from insignificant.
&&& 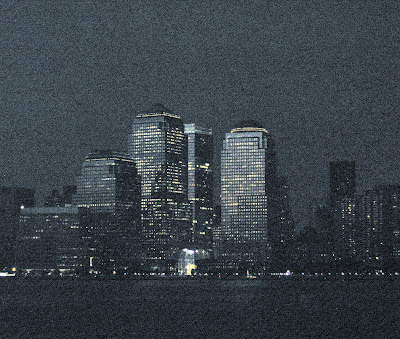 Even though plaintiff -- an administrative law judge -- lost, perhaps he should be admired for believing everything that his law teachers taught him. (Now, let's see, where did that guy go to law school?)

How did plaintiff think he was damaged to the tune of $54 million by the absence of his pants? (I trust plaintiff sought to mitigate damages by buying a replacement pair of pants rather than by ... etc.)

Plaintiff claimed that the dry cleaners lost his pants in May of 2005. Plaintiff invoked a consumer protection act (providing for treble damages, recovery of attorney's fees, and similar matters) and he "sought $1,500 for every day that Custom Cleaners displayed the 'Satisfaction Guaranteed' sign during a four-year period, multiplied by the three defendants. He also sought $15,000 to rent a car to take his clothes to another cleaner for 10 years." DC judge loses $54 mln lawsuit against cleaners, Reuters (June 25, 2007).

But the lawsuit and the trial were not, of course, about the money; they were about principle. Plaintiff explained "he would keep $2.5 million for himself and use the remainder of the award to encourage others to file similar lawsuits." Id.

Posted by Unknown at 2:20 PM No comments: