Urban Myths about the Relationship between Science and Medieval Catholicism

On an Evidence list, I have been challenging teachers of the law of evidence to abandon urban myths about the relationship between medieval Catholicism and science (e.g., the myth that the medieval Church taught that the earth is flat). But I guess my effort at basic education is hopeless. I say this because today I see this in the NYTimes: "About 300 years later, another Dominican friar, Giordano Bruno, proclaimed his belief that there were 'innumerable' suns, with each one having multiple Earths — a belief that, combined with other ideas deemed heretical at the time, led to his being burned at the stake in 1600." But see Ronald Numbers, ed., Galileo Goes to Jail and Other Myths about Science and Religion (Harvard 2009), "Myth 7. That Giordano Bruno Was the First Martyr of Modern Science."
Posted by Unknown at 12:28 PM No comments:

History of Trials and Proof in the Occident

There is an interesting new article on the "convergence" between legal and scientific "decision making." See Michael J. Saks & Samantha L. Neufeld, "Convergent evolution in law and science: the structure of decision-making under uncertainty," 10 Law, Probability and Risk 133 (2011). The authors discuss the history of trials, proof, and legal decision making in the Occident. But there is nary a mention of Jim Franklin's Science and Conjecture: Evidence and Probability before Pascal (2001). This simply will not do. Franklin's book dramatically revises many aspects of the standard account of that history. (Joseph Stigler, who is cited by the authors, said of Franklin's book: "The Science of Conjecture is an extraordinary work, a clearly written history of the ideas of evidence and of uncertainty before Pascal. Franklin has mastered a vast literature over thousands of years, bringing it together in scholarly fashion, fully annotated.")

Posted by Unknown at 2:21 PM No comments:

A new form of academic prostitution?

A former president(!) of the University of New Mexico has been charged with running a prostitution ring.

The suspect is the author of PURSUING POWER (University of Notre Dame Press, 1997).

Posted by Unknown at 2:19 AM No comments:

Charting Evidence Arguments in the Classroom

My course in fact investigation inevitably, and often very soon, turns to assessment of the probative force of the available evidence 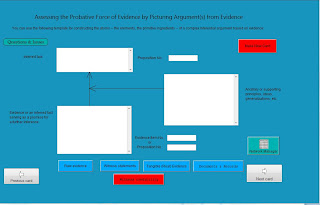 assessment of witness credibility based on evidence and assumptions about the witness' testimonial qualities. 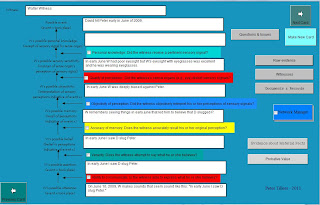 Since the fact investigation course has now mercifully expanded into a two-semester course, Phil Segal and I have the luxury this year to take chains and webs of evidential inference seriously. This raises the question of the extent to which Phil and I will and should force students to engage in the painstaking process of developing inference networks (either in the form of Wigmore charts or Schum-style inference networks, which I now call NAGs). If students are to be won over, it is critical that they be provided with computer-based tools that make the chore of developing inference networks, if not easy, easier and less tedious than it can be. (Wigmore's classroom experiments with charting evidence arguments notoriously sank like the proverbial lead balloon.) We may enlist the help of Joseph Laronge, who has graciously (if foolishly) offered it to us.

Posted by Unknown at 3:02 PM No comments:

Read this delightful interview of Reynold Levy of Lincoln Center. 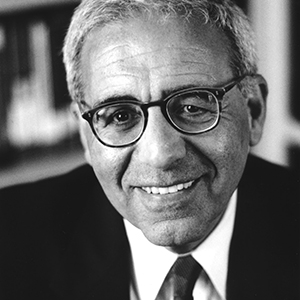 Posted by Unknown at 3:30 PM No comments:

Some or many lessons learned through experience may be genetically encoded over time and this may be why infants can draw many valid inferences before they have any experience. Cf. Nicholas Wade, In Tiny Worm, Unlocking Secrets of the Brain, NYTimes (June 20, 2011):


Dr. Bargmann sees the arrangement in evolutionary terms. “The more reliable a piece of information is, the more it will be shifted into the genome,” she says. That way, an organism does not have to risk learning what is good or bad; the genes will dictate the right behavior by wiring it into the nervous system. Worms are wired up to know that diacetyl means good eating.