I have an essay in the book: "Are There Universal Principles or Forms of Evidential Inference? Of Inference Networks and Onto-Epistemology." For an earlier (and free) version of the essay, go here.

The book's table of contents:


See this interview of Bill Neukom 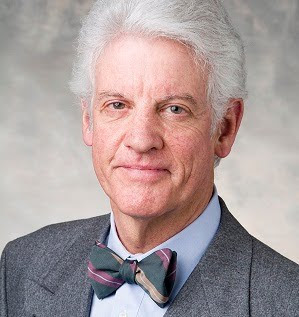 &&&
The dynamic evidence page
Evidence marshaling software MarshalPlan
It's here: the law of evidence on Spindle Law. See also this post and this post.
Posted by Unknown at 3:08 AM No comments:

When I arrived at my law school this morning, I found steel barricades in front of the law school (5th Ave.) and along the south side of the building along 12th Street, which was closed to all traffic. I inferred that President Obama would be visiting the neighborhood. Indeed, that is apparently the case: He will be dining for dollars at GOTHAM BAR & GRILL on 12th Street.

I wondered why it was necessary to put up steel barricades more than seven hours before the President's visit.

Then I saw this e-mail to staff at my law school:

President Obama will be attending a fund-raising event this evening on 12th Street. As a result, there are police barricades in the area, which will be set up as early as 5 pm. [They were set up in the morning.] The police will clip the locks and remove any bicycle in the area.

For those of you who have already brought your bikes to school, we are reserving an area in the third-floor lounge for bicycle storage until the close of the building this evening. However, please be aware that we do not have bike racks available, and that storing it here will be at your own risk, since there will be no security presence.

If you have not yet arrived at school but were planning on riding your bicycle here, we suggest that you use an alternate form of transportation.

I then wondered whether it is really necessary to remove all bicycles -- without advance notice and without, I assume, due process or just compensation (did he ever get the hang of that due process stuff?) -- and to do so two hours before the President's scheduled appearance.


Well, you know, better safe than sorry! And I reminded myself that this is a worthy President. He plans to raise a billion dollars to get re-elected. Who am I to grouse if some lousy (and not-so-lousy) bicycles are removed so that he can raise more money for himself? It's all for the greater good, isn't it?
In case you're not feeling Jimmy Carter-like, by all means go to the Gotham Bar & Grill. (Even if George Washington didn't sleep there, the restaurant will be able to say that Barack Obama ate there.)

Postscript: As I pedaled away from the neighborhood, as fast as my legs could manage, I wondered if that colorful little kid's bike locked to a sign at 5th & 12th would also be expropriated in the name of state security. Probably so. (Let the kid get another bike. What's the big deal? It's not as if the kid's parent or parents, who apparently live on 5th Ave., can't afford to buy another one.)
Posted by Unknown at 8:07 PM No comments:

Toilet Paper and the Courts

State courts around the country have found many ways, some unusual, to deal with the cuts. In Mount Gilead, Ohio, the Morrow County Municipal Court, like many others, is now working a four-day week. And that is not as large a hardship as the county experienced in 2009, when the court announced that it could not take new case filings for three months, until the end of the budget cycle, unless litigants brought their own paper for the court to use. Money for paper had run out.

“Even though paper is inexpensive, it’s still enough to shut us down,” said Judge Lee W. McClelland. Ultimately, he said, people in the community donated enough paper so that “we were able to limp through the year.”

“We also got about three rolls of toilet paper,” he said. “Obviously, they were confused about what kind of paper we needed.”

&&&
The dynamic evidence page
Evidence marshaling software MarshalPlan
It's here: the law of evidence on Spindle Law. See also this post and this post.
Posted by Unknown at 8:34 AM No comments: