Drawing Inferences about a Tree

When I visited Scott Brewer's home recently, I discovered a magnificent tree in his yard. 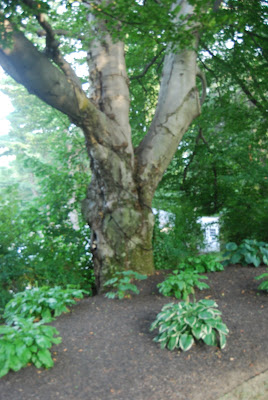 I had recently purchased a lovely book, John Laird Farrar, Trees of the Northern United States and Canada (Blackwell, 1995). I was determined to confirm that the tree was a beech tree. I turned to pp. 268-269 and I saw: 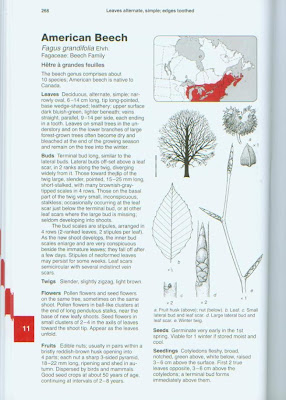 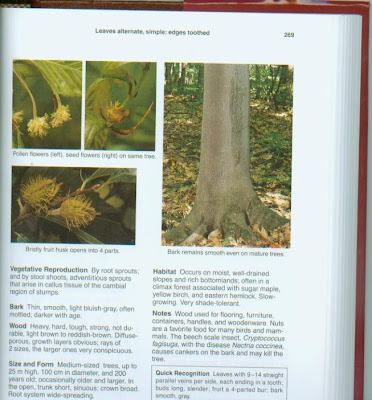 I then snatched a leaf from the tree and the leaf looks like this: 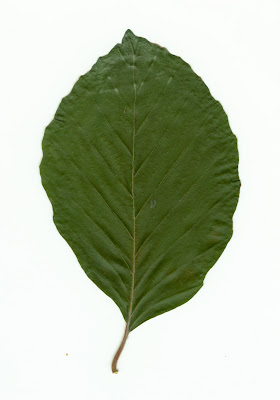 The leaf looks very much like the leaf of the American beech tree shown in the book.
But then I noticed:

2. The book entry said that American beeches are as much as 25 meters high. The beech in Scott's yard, it seemed to me, was taller.

3. An entry in the book states that "[b]ark remains smooth even on mature trees." The bark at the bottom of the tree was gnarled and contorted. But Scott's mother later noted that the tree had become infested with a fungus.

5. An entry in the book states the veins of the American beech trees end in a tooth. I wondered if those were or were not "teeth" I saw on the leaf.

So is the tree in the back yard an American Beech or a European Beech?