I will find out. I deactivated my Facebook account. (FB does not make it easy to locate the deactivate command.) I was spending much too much time on Facebook. And I constantly had to resist -- often unsuccessfully -- responding to posts that I found provocative. I think there are better forums ("fora"?) for discussion of public (& philosophical) issues. For example, books and blogs. But we will see. I don't want to be antisocial for the sake of being antisocial.
N.B. I never will Twitter.
Postscript: I kept my Google+ account. It strikes me as more meaty and less gossipy. (I am a serious fellow, probably too serious.)
Now I will find other ways to waste time.
&&&
The dynamic evidence page
Evidence marshaling software MarshalPlan

Posted by Unknown at 4:45 PM No comments:

The Tech Chronicles: Video: Google’s Peter Norvig on the modern state of AI  SFGate (no date given).

Posted by Unknown at 4:30 PM No comments:

Edmond on The Law Commission and Expert Evidence

Professor Dr. Gary Edmond of the University of New South Wales Faculty of Law has published Is reliability sufficient? The Law Commission and expert evidence in international and interdisciplinary perspective (Part 1), International Journal of Evidence and Proof, 16(1), 30-65 (2012). Here is the abstract:


This article offers a critical appraisal of the Law Commission‘s Report, Expert Evidence in Criminal Proceedings in England and Wales (2011), and related proposals for reform. Drawing upon interdisciplinary research and empirical studies from other common law jurisdictions it suggests that the introduction of a reliability-based admissibility standard for expert opinion evidence, even in conjunction with provision for recourse to court-appointed experts, is unlikely to generate the kinds of changes required to improve the quality of incriminating forensic science and medicine evidence or align criminal justice practice with espoused goals and principles.

Posted by Unknown at 3:29 PM No comments:

Email ThisBlogThis!Share to TwitterShare to FacebookShare to Pinterest
Labels: expert and scientific evidence, reliability and scientific and expert evidence

The word is much overused, but Richard Lugar is a statesman. He should be proud for having contributed much to world peace and the world's welfare. And he should have been President. He also should have been a Nobel Peace Prize winner, a prize he would have gotten the old-fashioned way: by earning it. (Perhaps the latter achievement remains within his grasp?)

"Much of Lugar's work in the Senate is toward the dismantling of nuclear, biological, and chemical weapons around the world."

"Lugar has been influential in gaining Senate ratification of treaties to reduce the world's use, production and stockpiling of nuclear, chemical, and biological weapons. In 1991, he initiated a partnership with then-Senate Armed Services Committee Chairman Sam Nunn aiming to eliminate latent weapons of mass destruction in the former Soviet Union.[5] To date, the Nunn-Lugar Cooperative Threat Reduction program has deactivated more than 7,500 nuclear warheads. In 2004, Senators Lugar and Nunn were jointly awarded the Heinz Awards Chairman's Medal for their efforts.[48]" 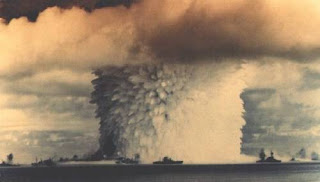 It is lamentable that a person who possibly helped to avert nuclear catastrophe(s) does not get adequate political credit for doing so. (What would "adequate credit" for such an enormous accomplishment be?)

‎"In 1986, Lugar's leadership on legislation that imposed economic and political sanctions on South Africa marked a turning point in the U.S. response to apartheid and represents one of Lugar's finest moments in the Senate. He helped persuade the Reagan administration to embrace a more forceful role in opposing apartheid. That same year, he also helped persuade the Reagan administration to recognize Corazon Aquino as the winner of the disputed presidential election in the Philippines against incumbent Ferdinand Marcos." http://www.theatlantic.com/international/archive/2012/05/what-richard-lugar-accomplished-for-us-foreign-policy/256936/

‎
"If Mr. Mourdock is elected, I want him to be a good Senator. But that will require him to revise his stated goal of bringing more partisanship to Washington. He and I share many positions, but his embrace of an unrelenting partisan mindset is irreconcilable with my philosophy of governance and my experience of what brings results for Hoosiers in the Senate. In effect, what he has promised in this campaign is reflexive votes for a rejectionist orthodoxy and rigid opposition to the actions and proposals of the other party. His answer to the inevitable roadblocks he will encounter in Congress is merely to campaign for more Republicans who embrace the same partisan outlook. He has pledged his support to groups whose prime mission is to cleanse the Republican party of those who stray from orthodoxy as they see it.

"This is not conducive to problem solving and governance. And he will find that unless he modifies his approach, he will achieve little as a legislator. Worse, he will help delay solutions that are totally beyond the capacity of partisan majorities to achieve. The most consequential of these is stabilizing and reversing the Federal debt in an era when millions of baby boomers are retiring. There is little likelihood that either party will be able to impose their favored budget solutions on the other without some degree of compromise.

"Unfortunately, we have an increasing number of legislators in both parties who have adopted an unrelenting partisan viewpoint. This shows up in countless vote studies that find diminishing intersections between Democrat and Republican positions. Partisans at both ends of the political spectrum are dominating the political debate in our country. And partisan groups, including outside groups that spent millions against me in this race, are determined to see that this continues. They have worked to make it as difficult as possible for a legislator of either party to hold independent views or engage in constructive compromise. If that attitude prevails in American politics, our government will remain mired in the dysfunction we have witnessed during the last several years. And I believe that if this attitude expands in the Republican Party, we will be relegated to minority status. Parties don’t succeed for long if they stop appealing to voters who may disagree with them on some issues.

"Legislators should have an ideological grounding and strong beliefs identifiable to their constituents. I believe I have offered that throughout my career. But ideology cannot be a substitute for a determination to think for yourself, for a willingness to study an issue objectively, and for the fortitude to sometimes disagree with your party or even your constituents. Like Edmund Burke, I believe leaders owe the people they represent their best judgment.

"Too often bipartisanship is equated with centrism or deal cutting. Bipartisanship is not the opposite of principle. One can be very conservative or very liberal and still have a bipartisan mindset. Such a mindset acknowledges that the other party is also patriotic and may have some good ideas. It acknowledges that national unity is important, and that aggressive partisanship deepens cynicism, sharpens political vendettas, and depletes the national reserve of good will that is critical to our survival in hard times. Certainly this was understood by President Reagan, who worked with Democrats frequently and showed flexibility that would be ridiculed today – from assenting to tax increases in the 1983 Social Security fix, to compromising on landmark tax reform legislation in 1986, to advancing arms control agreements in his second term.

I don’t remember a time when so many topics have become politically unmentionable in one party or the other. Republicans cannot admit to any nuance in policy on climate change. Republican members are now expected to take pledges against any tax increases. For two consecutive Presidential nomination cycles, GOP candidates competed with one another to express the most strident anti-immigration view, even at the risk of alienating a huge voting bloc. Similarly, most Democrats are constrained when talking about such issues as entitlement cuts, tort reform, and trade agreements. Our political system is losing its ability to even explore alternatives. If fealty to these pledges continues to expand, legislators may pledge their way into irrelevance. Voters will be electing a slate of inflexible positions rather than a leader.

I hope that as a nation we aspire to more than that. I hope we will demand judgment from our leaders. I continue to believe that Hoosiers value constructive leadership. I would not have run for office if I did not believe that.
As someone who has seen much in the politics of our country and our state, I am able to take the long view. I have not lost my enthusiasm for the role played by the United States Senate. Nor has my belief in conservative principles been diminished. I expect great things from my party and my country. I hope all who participated in this election share in this optimism." Source:http://www.dicklugar.com/2012/05/sen-lugars-remarks-to-supporters-prepared-follow-up-statement/