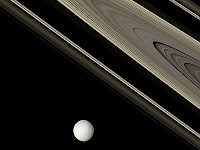 A significant chunk of the law school world has been interested in "narrative" for quite some time. But has this academic enchantment with narrative clouded academics' assessment of Old Chief, has it led academics to exaggerate the importance of Old Chief? That's entirely possible.

N.B. I still insist that scenario-formation and scenario-assessment (versus "narrative") are central to fact finding. I believe that these processes are necessary ingredients of almost all fact finding and inference -- no matter what judges might or might not say. (I think the role of narrative in fact finding and evidential inference is a different story -- so to speak).

Posted by Unknown at 4:30 AM No comments: