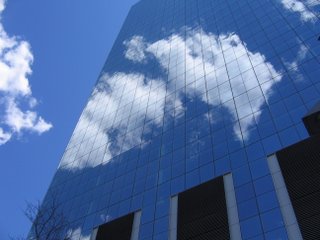 I usually focus on evidence and inference. But in recent months and years I have been thinking seriously (but sporadically) about the question of the condition of scholarship in the legal academy. For example, I have been interested in some of the things I recently heard Prof. Peter Schuck say.

Today I downloaded an essay by Prof. Larry Alexander on Academic Freedom (March 2006). I'm not entirely sure what to make of Alexander's essay. Some of it rings true to me. Other parts of it sound as if Alexander is fighting the last Kulturkampf. But I don't have a good feel for the state of scholarship and politics in the law school world nationwide (in the U.S., that is). So perhaps his broad characterizations of the ostensibly parlous condition of academic freedom -- and, by extension, scholarship -- in many parts of the academy are correct.

In the last couple of decades when I have thought about legal scholarship in the U.S., I have usually thought about the question of of the condition of legal scholarship in microscopic rather than macroscopic terms. (Ancient personal history: My decision to concentrate on an ant-level perspective on law was in part a flight from certain excesses of grand jurisprudential and philosophical theorizing, excesses to which I had fallen prey.) I have been particularly interested in the workings of evidential inference.

Perhaps there is a connection between my (admittedly-diffuse) plaint and Alexander's. But perhaps there is not much of a connection. I would like to hear the opinions of others about this question. I want to collect the opinions of others about this issue largely because I personally do not really want to sally forth into the wide and murky terrain that scholars such as Alexander and Schuck explore; I would much prefer to continue to tend my own little garden (which contains factual inference, factual proof, fact investigation, and similar matters).