Information on SLATE suggests that a rank amateur unschooled in either advanced spycratft or nuclear technology could not have been the culprit in Litvinenko's death:

Under very tight controls in the United States, minute traces of polonium-210 are embedded in plastic or ceramic, allowing them to be used safely in industrial static eliminators. To recapture these traces in any toxic quantity would require collecting over 15,000 static eliminators and then using highly sophisticated extraction technology. Such a large-scale operation would instantly be noticed, and its product would be adulterated by residual plastic or ceramic. In any case, what investigators reportedly recovered from Litvinenko's body was pure polonium-210.

Posted by Unknown at 1:24 PM No comments: 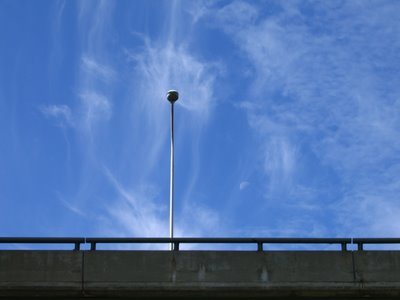 When the police arrested Ronell Wilson in 2003, a day and a half after two undercover detectives were shot in the back of the head, they found scraps of paper in his pocket with handwritten rap lyrics that bragged about a killing.

The scraps of paper were formally introduced as evidence yesterday....

Defense lawyers usually argue that the lyrics are boastful fantasies, common to the point of irrelevance. Mr. Wilson’s lawyers have indicated that they plan to call a scholar named Yasser Arafat Payne, described in court documents as a rap expert, to make a similar argument.

"The rap expert is expected to testify that rap music lyrics often describe violent and sexual acts, and other antisocial behavior, that are not necessarily rooted in actual events," the lawyers wrote. "The expert is also expected to testify that rap music lyrics are often based on imagination and fantasy, rather than on reality. We will update the information as soon as we learn more details."

The rap expert, I surmise, is to testify not only about the content of rap lyrics he has seen or heard, but also about what rap lyrics indicate about the behavior of composers of rap lyrics. One obvious question is the source, or basis, of the putative expert's knowledge about this relationship between lyrics and behavior. A less obvious question is the validity -- normative and epistemic validity -- of the group-to-individual inference on which such evidence about the "meaning" of violent rap lyrics in, say, the community of rappers or in the comminity of composers of rap lyrics. The case may be a nice test of whether group-to-individual inferences are less odious as well as inferentially less fragile when those inferences are mediated by, or based upon, a person's participation in the social mores of a sector of society such as "rappers" or "composers of rap music lyrics." Cf. the debate about group-to-individual inference in United States v. Shonubi. (The Wilson murder trial, it should be noted, is taking place in the Second Circuit, and the appellate opinions in Shonubi are also from the Second Circuit.)
Posted by Unknown at 10:28 AM No comments:

The Virtual Personal Appearance of the Deceased: Unduly Prejudicial?

The Sapporo High Court has rejected a request by the bereaved parents of a junior high school student who died in a traffic accident in Hokkaido in 2003 to bring her remains to court hearings, sources familiar with the matter said Sunday.

The parents were allowed to bring the remains into the courtroom at the district court. Misa's father, 35-year-old Hiroyuki Shirakura, said, "We would like Misa to attend the court hearings."

Tests on radioactive traces found in the passenger seat of the BMW car that picked up Kovtun from the Hamburg airport showed that "it is definitely polonium," police spokesman Andreas Schoepflin said Monday.

Radioactive traces also have been found on a document Kovtun brought to Hamburg immigration authorities; and at the home of Kovtun's ex-mother-in-law outside Hamburg _ again from before the Nov. 1 meeting.

German prosecutors did not say whether they suspect Kovtun might have been involved in Litvinenko's death. But they said they were investigating him on suspicion he may have improperly handled radioactive material.

"We still believe that both variants are possible: that he may be a victim, but also that he may have been involved, at least in procuring the polonium," prosecutor Martin Koehnke said Sunday.

But Kovtun is said to have been a "fierce critic" of the Kremlin. So was he a double agent -- or is it true after all, as some Russians supposedly claim, that Litvinenko's death was a scheme to discredit the Kremlin?
Posted by Unknown at 9:39 AM No comments:

German investigators have been focusing on Kovtun after traces of polonium-210, the radioactive element that killed Litvinenko, were found in and around Hamburg.

Kovtun visited the city, where his ex-wife lives, on the eve of his Nov. 1 trip to London, where he met with Litvinenko. The former agent said he fell ill that day and he died three weeks later. Russian prosecutors say that Kovtun has since been diagnosed with radiation sickness.

Lugovoi has denied that either he or Kovtun were involved in Litvinenko's death.

I classify the hypothesis involving Kovtun as a variant of the 2.0 class of hypotheses because in both hypotheses polonium 210 was mishandled and both Kovtun and Lugovoi are ex-KGB agents. But this hypothesis might eventually end up also being a variant of the 3.0 poisoned drink hypothesis. I have no automatic system for classifying and filing investigative hypotheses.
Posted by Unknown at 9:16 AM No comments: